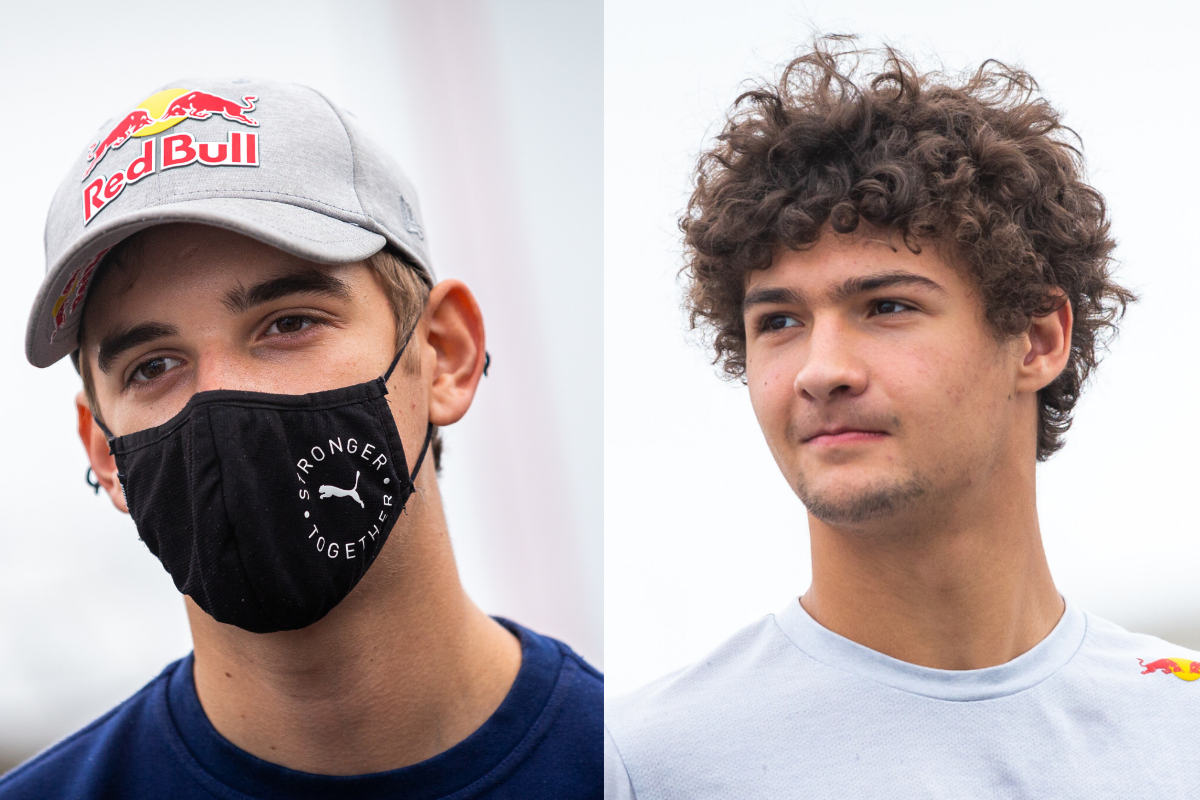 Red Bull juniors Jak Crawford and Jonny Edgar will race for Prema and Trident respectively in their second seasons in Formula 3.

The pair were stars of the European Formula 4 scene in 2020, with Edgar pipping Van Amersfoort Racing team-mate Crawford to the ADAC title and both winning in part-time Italian F4 campaigns. They then stepped up to F3 for 2021.

Crawford joined Hitech GP and Edgar went to Carlin, and both had tough campaigns. Overheating rear tyres hampered Carlin, and Edgar was 18th in the points after a car issue denied him a Hungaroring win. Crawford was 13th in the standings.

“I’m very excited to be joining Prema for a second season of FIA F3 as well as contesting the Formula Regional Asian Championship with them,” said Crawford.

“I am very much looking forward to building on what I learned last year in my rookie season, and hoping to emulate the success that other drivers have had with the team in the past. FIA F3 will be the main focus for me this year and I am eager to get the season underway.”

In addition to F3, Crawford spent last year racing in Euroformula but missed eight of the 24 races as he too young to contest the first two and missed two rounds to do F3 instead. Despite this, he won eight races and only once was beaten in qualifying.

While Prema took Dennis Hauger to the 2021 FIA F3 title, Trident won the teams’ title and ran Jack Doohan to second in the points. As both of those drivers were Red Bull-supported, but not fully fledged members of the brand’s Formula 1 junior team last year, they got to choose which teams they went to.

Their performances have now convinced Red Bull’s motorsport advisor Dr Helmut Marko to place his proteges at the Italian teams though, with the new relationship between Red Bull and Prema extending to F2 as Hauger will stay with the outfit.

“We have always kept a close eye on Jak,” said Prema team principal Rene Rosin. “He established himself as one of the most promising drivers since his F4 days, and finally working together will be extremely interesting. I’m sure that there is enough potential to aim high for 2022.

“We already had the chance to work with him in testing, and we look forward to continuing that process in the Formula Regional Asian Championship.

“I’m equally delighted to continue our work with the Red Bull Junior Team in order to develop the next generation of high-profile racing drivers.

Crawford and Edgar have been busy during winter, as in addition to contesting the official post-season FIA F3 test with their new teams they have also been doing private testing in old GP3 cars.