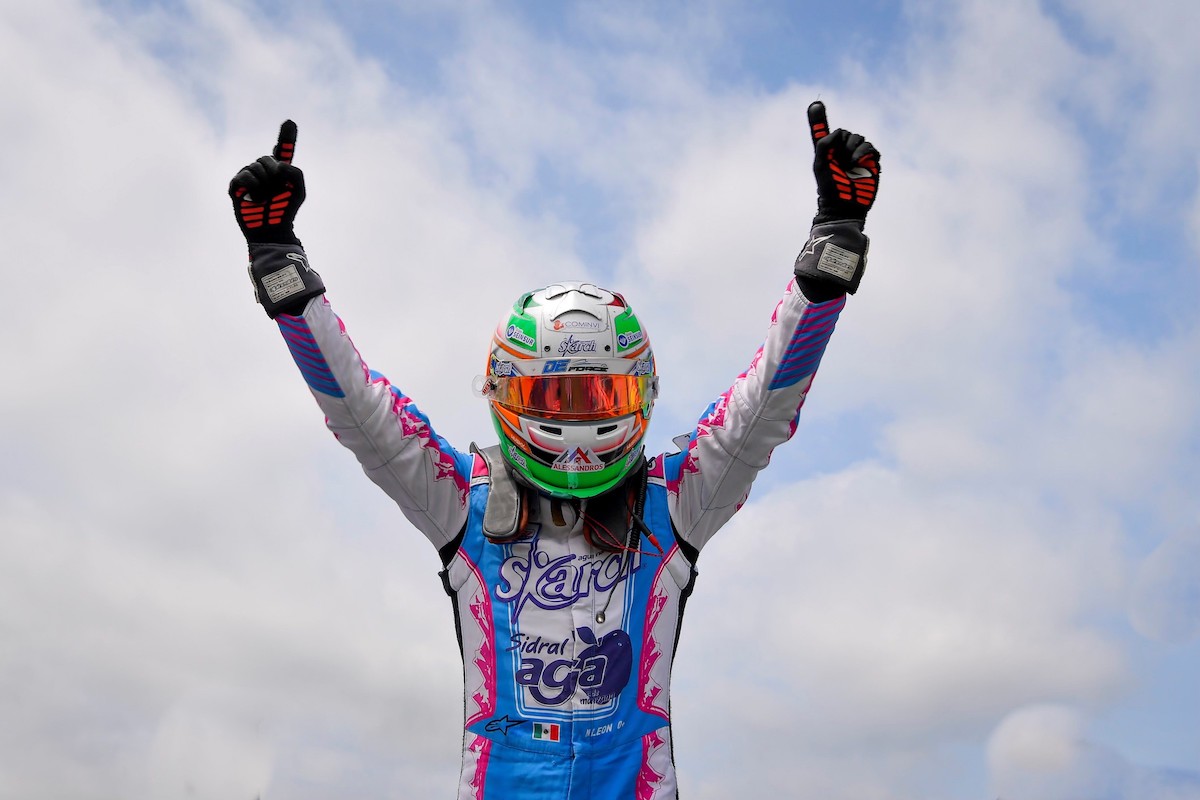 Leon is known to have made preliminary steps in regards to RBJT membership after he claimed the 2019-20 NACAM F4 title, then the Formula 1 team showed interest again when he claimed the 2021 US F4 crown.

He has now become an F1 junior, and will head to Formula Regional European Championship with Arden for 2022. The Mexican received a scholarship to compete in FRegional Americas from his US F4 title, but has turned it down.

“I want to win races in the first year and more importantly go on to win championships, learn a lot and get all the experience I can take.”

In addition to success in single-seaters, Leon is also establishing himself in stock cars. He won the 2021 NASCAR Mexico Challenge Series, the second tier of NASCAR in his home country, and was title runner-up in the series the season before as a rookie. That year he also became a winner racing Mercedes-Benz touring cars.

Leon is Arden’s first FREC signing. Eduardo Barrichello, son of former Ferrari F1 racer Rubens, and Paraguay’s F4 graduate Joshua Duerksen are also among those to have tested with the team, but no deals for the season have been agreed.