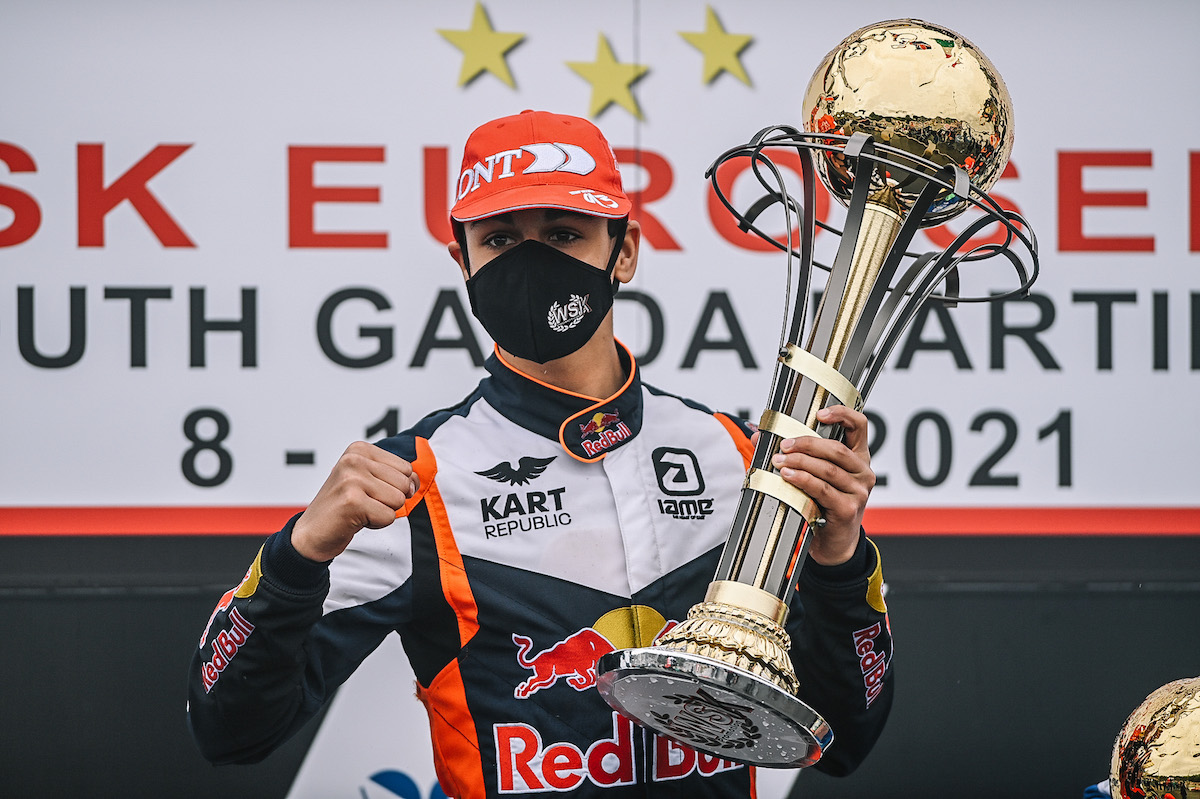 The British-Swede will make the move when he celebrates his 15th birthday on August 8 this year and therefore reaches the minimum age to race in FIA-certified F4 championships. Before then he will be able to test outside of race weekends.

VAR has been the pre-eminent team in European F4 series over the past few years and with Red Bull juniors, taking Dennis Hauger to the 2019 Italian F4 title and coming one-two in Germany’s ADAC series in 2020 with Jonny Edgar and Jak Crawford. It won both championships with Ollie Bearman – now signed to the Ferrari Driver Academy – in 2021.

Red Bull has not released further details of Lindblad’s F4 programme beyond saying he will race for VAR, but based on the series’ current calendars, he could make his single-seater debut in the ADAC F4 round at the Lausitzring on August 19-21.

Also a protege of Formula E ace Oliver Rowland, Lindblad became a Red Bull Junior Team-supported driver ahead of his 2021 karting season as he moved up to the senior OK level. He went on to win the WSK Euro Series and Final Cup, and also finished third in the CIK-FIA World and European championships, and now has full junior status.

He will begin 2022 by moving into KZ2 shifter karts with the SP Motorsport team run by driver Stan Pex, a long-time friend of Max Verstappen whose brother Jorrit was a former karting team-mate and rival of Red Bull’s Formula 1 world champion.

Red Bull will support two other drivers in F4 this year in the form of Japanese duo Yuto Nomura and Souta Arao. The pair were already confirmed to be heading to French F4 after winning Suzuka Racing School-Formula scholarships.

In doing so they follow in the footsteps of Ayumu Iwasa and Ren Sato who finished one-two in French F4 in 2020, and Iwasa has now progressed with the support of Honda and Red Bull to race in Formula 2 with DAMS.

It was announced last October that the Honda Formula Dream Project and Red Bull Junior Team would continue to work together as part of the ongoing collaboration between the two brands even as Honda ends its F1 engine supply.