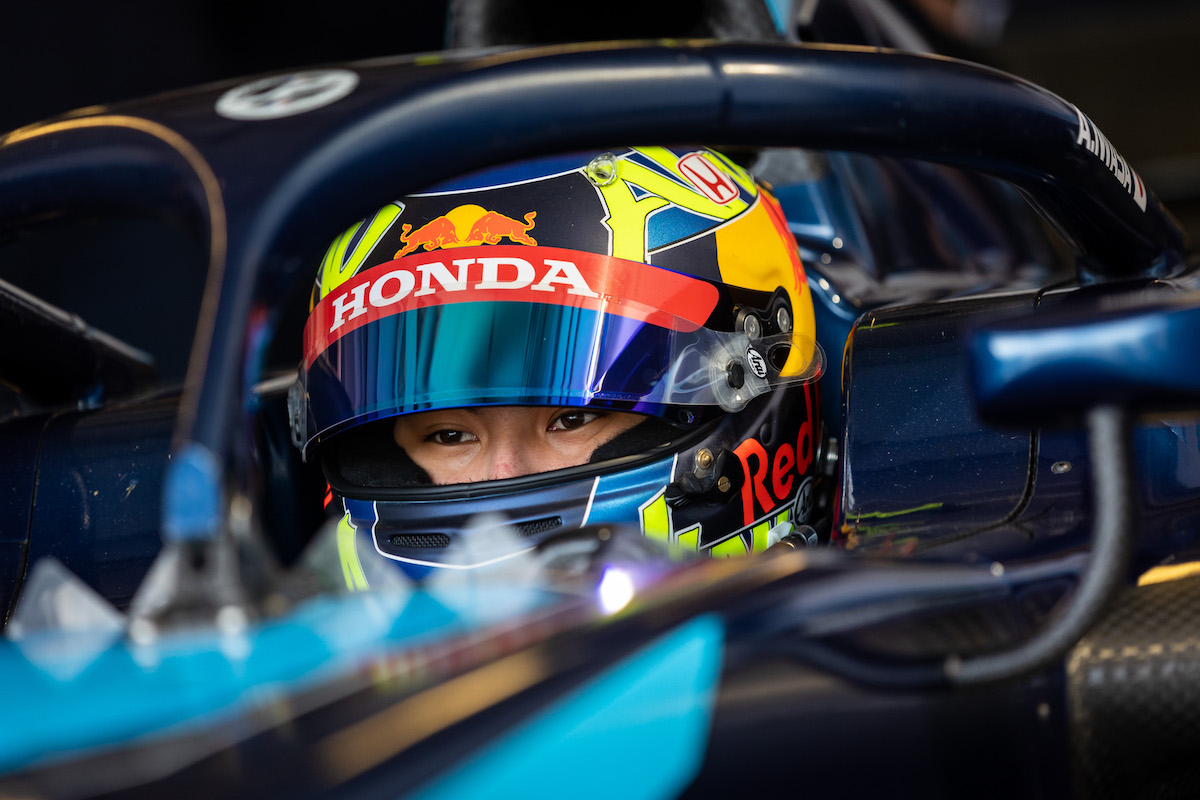 Ayumu Iwasa, a junior of both Red Bull Racing and Honda, has been promoted to Formula 2 for his third year racing in Europe.

Iwasa came 12th in the FIA Formula 3 Championship last year with Hitech GP, and was French Formula 4 champion in 2020. That title earned him Red Bull junior status, having got his Honda support after winning the 2019 SRS-Formula title at home.

“I’m very excited to take on my first year of F2 with DAMS,” said Iwasa. “We worked together at the test in December and I learnt a lot about the car and the team. We collected plenty of data, which will be useful ahead of the pre-season test.

“I’ll be taking on some new tracks this year, which will be a challenge but I’m looking forward to developing my skills throughout the season.

“I used to live in Le Mans when I was racing in French F4 so it’s great to be competing in F2 with a team based in the area. I can’t wait to arrive in Bahrain and get back on track with DAMS for testing on 2-4 March.”

The 20-year-old started 2021 in Formula Regional Asian Championship to bridge the gap from F4 to F3, and was eighth in the standings with one podium to his name. He had more success when he then jumped up to F3, as he won a reversed grid race at the Hungaroring and made the podium at Zandvoort.

His F2 test also went well, and he was the fastest F2 debutant in the first session at Yas Marina Circuit in December.

“Ayumu is a young and promising Japanese driver who we hope will be able to make his way to F1. He showed his talent in F3 last year, so we are confident he can have a successful F2 season. We’re excited to see Ayumu’s development in 2022 and looking forward to positive results on the track.”

Iwasa’s move up to F2 one year after graduating from F4 to F3 machinery replicates the progress made by another Red Bull and Honda protege, Yuki Tsunoda, who then earned a move up to Formula 1 after one further season.

Although the Japanese marque is not continuing as an F1 engine supplier, the Honda Formula Dream Project will still work together with the Red Bull Junior Team on driver development as part of the ongoing cooperation between the two brands.