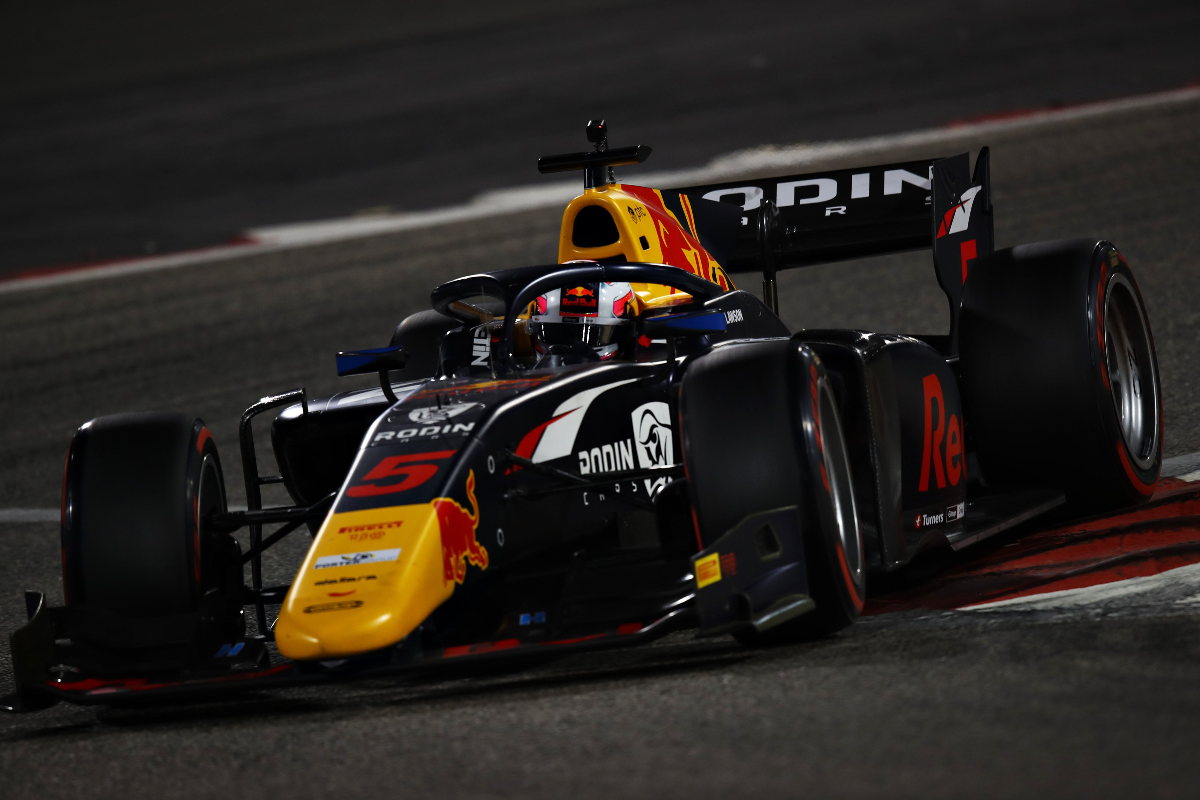 Liam Lawson set the fastest time of Formula 2 testing so far, posting a 1m41.623s on Thursday evening, as red flags interrupted proceedings once more at Bahrain.

As was the case on the first day of testing, laptimes were much quicker in the cooler conditions of the evening than the morning, and Carlin driver Lawson ended up a massive 0.473 seconds clear of Ralph Boschung and Theo Pourchaire.

The pair both set a personal best of 1m42.096s, with Campos Racing’s Boschung setting his first while ART Grand Prix’s Pourchaire recorded his best on his last lap.

Clement Novalak started the session off strong for MP with a 1m45.756s, the only competitive time in the opening minutes.

It wasn’t long until the first red flag stoppage interrupted most of the grid’s installation laps, leading to a 25-minute delay.

While Lawson was slow to take to the track, he began to set competitive laptimes once out and went second fastest.

With 45 minutes to go Sargeant put in the new fastest time of 1m42.144s to make it a Carlin one-two ahead of Lawson for a while, before Sato separated the pair by going three-hundredths of a second quicker than Lawson.

Not long after, laptimes began to fall again with Doohan and then Boschung breaking into the top five. Boschung posted a new fastest lap with 25 minutes to go, but Lawson was quick to respond and reclaimed Carlin’s hold on the top of the timesheet.