Home Formula 2 Lawson: ‘I thought Daruvala was going to get me’ before debut F2 win
Formula 2News 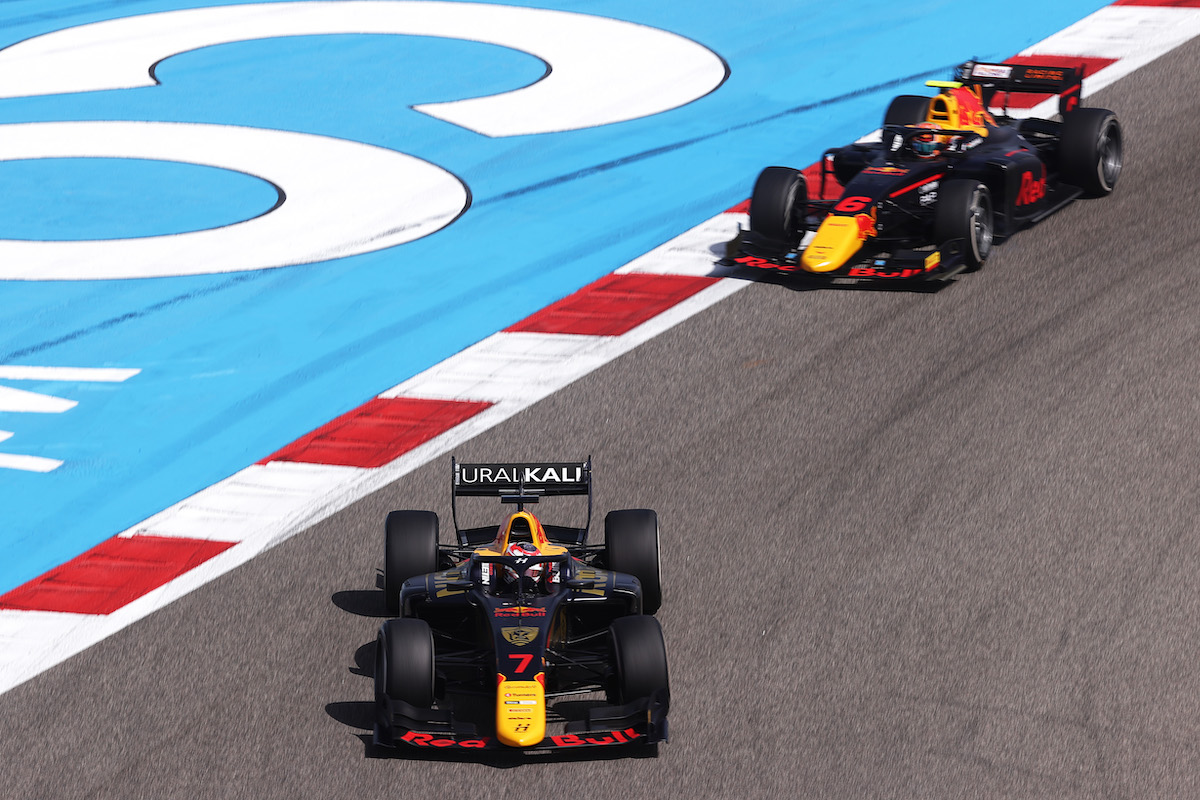 Liam Lawson believed that fellow Red Bull junior Jehan Daruvala was going to deny him a debut victory in the first Formula 2 race of 2021 in Bahrain.

Lawson rocketed from third on the grid to the lead at the start of the first sprint race of Saturday at Sakhir and controlled the gap to ART Grand Prix’s Theo Pourchaire behind.

His former FIA Formula 3 rival retired late-on, giving way for Carlin’s Jehan Daruvala to pressure the New Zealander late into the race, which was held with a track temperature of 50 degrees Celsius.

Despite that, Lawson was able to hold on to secure a sensational victory on debut, beating his more experienced Red Bull stablemate.

Speaking in the post-race press conference, Lawson spoke about his race and the pressure from behind.

“It was a pretty good race,” he said. “I think it was mostly down to the start. We had a really, really good launch. And once I got the lead, I tried to figure out more or less where the balance was going to go to, and then when I got that figured out it was just about managing from there.

“Jehan came really strong midway through, and honestly, because he was a lot faster, I thought he was going to get me. So, I was preparing myself for as much defence as I could and he pressured me all the way to the end.

“I think the couple of virtual safety cars we had definitely helped, sort of cooled down the tyres a little bit, and I actually made a bit of a gap on both restarts as well, so really, really happy.”

Speaking of the extreme heat, Lawson identified that all of the drivers were struggling on their hard tyres (a step up in durability for this year) towards the end.

“[It was] very, very hot. The hottest race I’ve ever driven in I think, so definitely a change. In terms of physically, it’s not so bad, it’s more just because of the heat, the tyre management gets really hard.

“So the drop off was massive, we were all sliding around completely at the end of the race there, so I think that’s the hardest part about the heat.”

Lawson admitted the result is yet to hit him fully and outlined that the championship is his main target.

“I think it’ll hit me more a little bit later because I haven’t really [let it sunk in]… I’m a bit speechless at the moment, honestly. It’s awesome to win races but obviously the end goal is the championship. So it’s a good start, but there’s a very, very long way to go.”