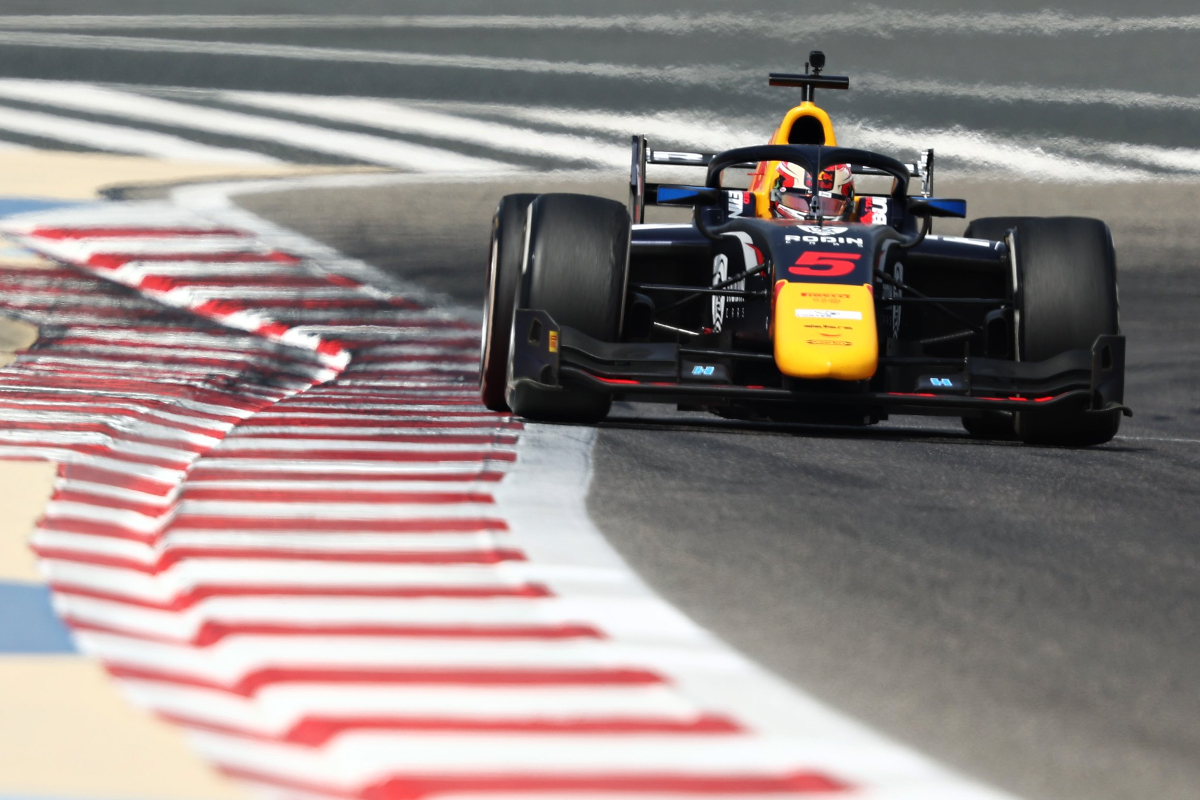 Carlin’s Liam Lawson was fastest by a healthy margin in the opening Formula 2 test session at Bahrain, which was stopped three times with red flags.

The two-and-a-half hour Wednesday morning session had a decent amount of early activity, as within the first 15 minutes the entirety of the field had completed their installation laps. The Trident pair of Richard Verschoor and Calan Williams were last to do so, while Carlin’s Logan Sargeant was the first on track.

New Virtuosi Racing recruit Marino Sato was the first driver to put any meaningful running in, establishing a 1m45.204s benchmark before he was usurped by Sargeant ahead of the first brief red flag stoppage 50 minutes into the session.

Once running resumed, Lawson wasted little time in putting himself towards the top of the timesheet and eventually going quickest, then brought the benchmark down further to a 1m44.522s which nobody came close to in the final hour.

There were two further red flags in the final half-hour, disrupting proceedings towards the end. Hitech GP’s Juri Vips is believed to have caused one of the stoppages.

Sato was sixth ahead of Hitech’s Marcus Armstrong, with Jake Hughes was eighth for Van Amersfoort Racing ahead of its F2 debut.

Most drivers completed more than laps, although Charouz Racing System’s Enzo Fittipaldi in 12th place only did nine.

DAMS’ Roy Nissany, Verschoor, VAR’s Amaury Cordeel and Trident’s Cem Bolukbasi rounded out the order for those who put in meaningful times, with the latter nearly three seconds off the pace but putting in a healthy number of laps in – more than anyone tied with Iwasa.

In addition to Vips not putting in a representative laptime, Williams too did not having completed just three laps.