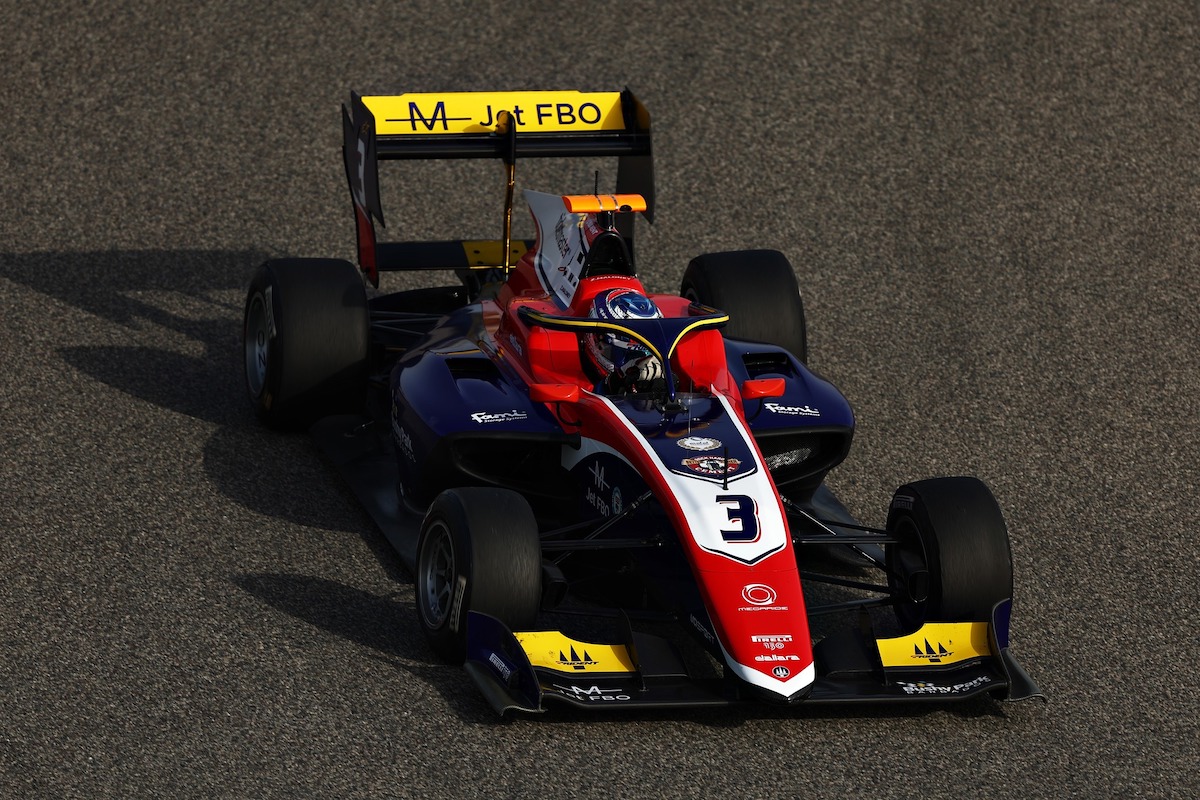 Arthur Leclerc and Zane Maloney topped the opening day of FIA Formula 3 testing in Bahrain while Juan Manuel Correa missed out after an inconclusive COVID-19 test.

A pair of 2.5-hour sessions took place and in the morning section it was Hitech GP’s Roman Stanek who was the first to complete a timed lap as the remainder of the field got their installation laps in.

That was before Leclerc took to the top of the timesheets. The Ferrari junior edged out Trident’s Maloney, Ushijima and Hitech Grand Prix’s Isack Hadjar in the timesheets, separated by less than a tenth.

The session nearly went without interruption but Jenzer Motorsport’s Ido Cohen coming to a stop in the closing stages prevented that.

Maloney, meanwhile, headed the opposition in the second session by vaulting to the top and below the 1m48s barrier in the final few minutes. His time was quicker than Leclerc’s in the morning and was a tenth and a half ahead of Jenzer’s William Alatalo. Prema’s Crawford rounded out the top three

Hitech’s Roman Stanek was fourth ahead of VAR’s Franco Colapinto, while ART Grand Prix’s Victor Martins slipped from the top of the timesheets to sixth in the closing stages.

Prema’s Ollie Bearman and Leclerc finished ahead of ART’s Gregoire Saucy and Charouz Racing System’s Francesco Pizzi – the latter pair both taking turns at the top of the timesheets in the last three quarters of an hour.

There were two stoppages, with the latter again bringing the session to a premature conclusion.

Correa was ruled out due to an inconclusive COVID-19 test, the announcement coming shortly before running commenced. He was not replaced in his ART-run car.