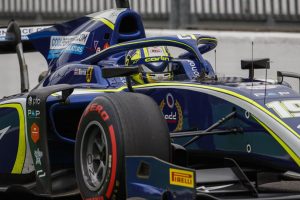 Lando Norris followed his Formula 1 free practice responsibilities with McLaren by setting the pace in the equivalent Formula 2 session at Sochi.

The Carlin driver set his best lap in the middle of the session, with many drivers failing to improve late on. Fellow McLaren junior Nyck de Vries ended up second, also setting his best relatively early.

Nicholas Latifi was fifth for DAMS, 0.003 seconds faster than Russian Time’s Tadasuke Makino, who won last time out at Monza.

Niko Kari was 13th for MP Motorsport on his F2 debut, with Roberto Merhi 19th fastest on his return to the championship for Campos.

Home favourite Artem Markelov could only manage 14th after driving for Renault in F1 practice.