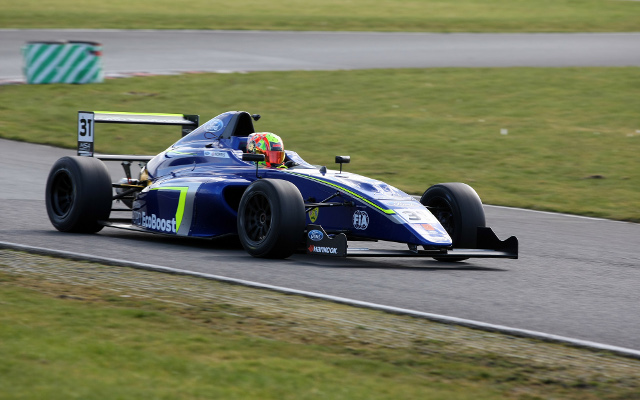 Lando Norris secured his fourth win of the MSA Formula season in the third and final race at Oulton Park, beating Ricky Collard to cut the points gap to the series leader.

After failing to make the most of his first pole of the weekend in race one when Collard beat him to Old Hall, Norris this time kept hold of the lead.

Second-row starters Rafa Martins and Colton Herta were eliminated from the lead battle on lap one when Herta locked up at the hairpin and hit the Brazilian.

This put Jack Barlow up into third, but he was tagged into a spin and out of the race by Matheus Leist, causing the safety car period.

Leist just held onto fourth at the finish line from Dan Ticktum, who had passed Petru Florescu a couple of laps from the end.

F3 Cup and MRF Challenge champion Toby Sowery ended his debut weekend with Fortec with a seventh place ahead of Tarun Reddy and the JTR pair of James Pull and Dan Baybutt.