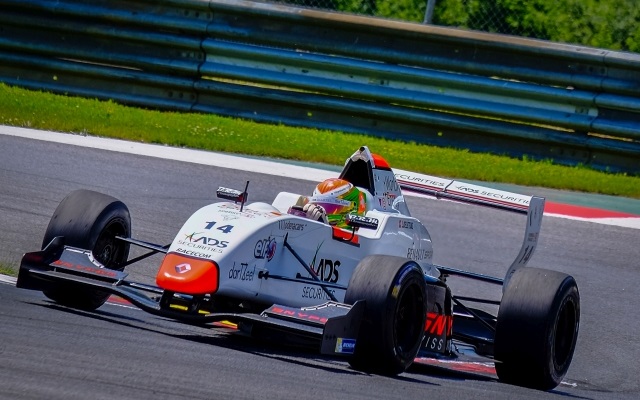 Starting from the front row, Deletraz and Kevin Jorg easily pulled away from the rest of the pack to celebrate their third 1-2 finish in a row.

Alex Gill was third after the start but he gifted the position to Ukyo Sasahara, spinning at the final turn.

Max Defourny and Jehan Daruvala were also early victims of the race, retiring in the first and second corners respectively after a main-straight clash with Pontus Fredricsson.

Sasahara managed to hold on to third for the first half of the race before losing three spots in two laps.

As a result, it was Nikita Mazepin who stood on the podium, celebrating his maiden top-three finish in the series.

Charlie Eastwood secured seventh followed by MGR’s Colin Noble. Gill, who made up four positions after his mistake, ended up ninth, with Portuguese Henrique Chaves recording his first top-ten finish.