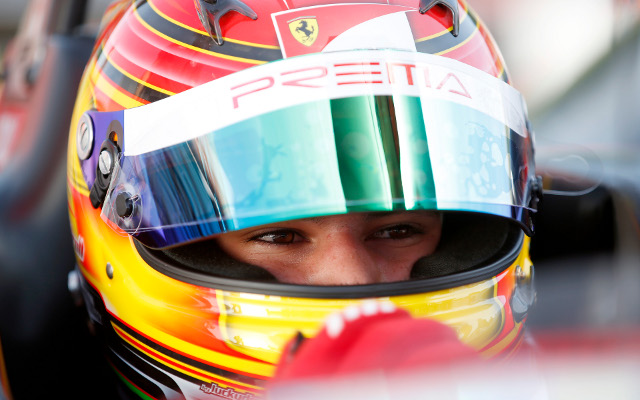 The first of two days of FIA F3 European Championship testing at Portimao ahead of this weekend’s races saw Lance Stroll top the times in two sessions run over two different circuit configurations.

In the morning session, Stroll set a time of 1m38.484s to beat Markus Pommer to top spot by 14 thousandths of a second.

The afternoon saw the drivers negotiating the track’s additional chicane at Turns 1 and 2, after the original right-hand sweeper led to significant track limits abuse.

The modification didn’t stop Stroll though, and the 16-year-old Canadian’s 1m43.305s late in the day was enough to edge Prema team-mate Felix Rosenqvist by 0.032 seconds.

In the morning, VAR drivers Arjun Maini and Alessio Lorandi?had completed the top four, with British Carlin duo Callum Ilott and George Russell next up.

Rosenqvist was seventh ahead of rival and championship leader Antonio Giovinazzi, fresh from his DTM debut in Russia with Audi last weekend.

Mikkel Jensen was the top Mucke Motorsport driver in ninth, while Nick Cassidy took 10th in his first drive with Prema ahead of contesting the next two rounds with the team.

Pommer kept up his form in the afternoon with third in front of championship frontrunners Jake Dennis, Giovinazzi and Charles Leclerc, who was 12th in the morning.

Russell was seventh ahead of Raoul Hyman, Julio Moreno and Ilott.

Cassidy was 13th in the afternoon, while the other series returnee Alexander Sims was 13th and 17th in the respective sessions for the new HitechGP entry.

32 drivers took part in the test, with both West-Tec and Double R down to just one car and missing Fabian Schiller and Nicolas Pohler respectively, while Mucke regular Kang Ling was also absent.