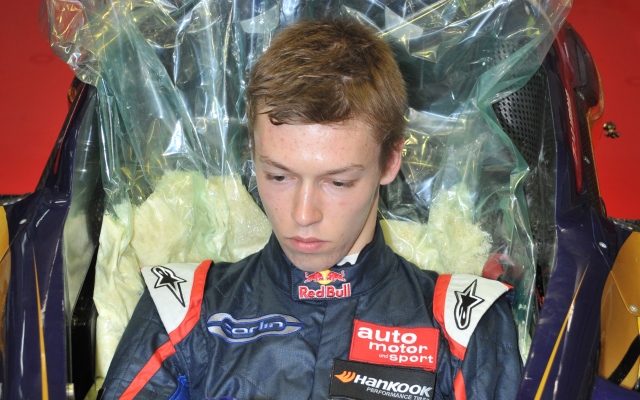 Johnny Cecotto, who drives for the Red Bull-associated Arden team in GP2, will drive the Italian squad’s car on Wednesday, before Sainz runs on Thursday morning.

Race driver Daniel Ricciardo will sample new tyres on Thursday afternoon, with Jean-Eric Vergne doing the same on Friday morning. Kvyat will then take over for Friday afternoon.

Sainz was previously announced as getting running for the parent Red Bull team, which the team have now confirmed will come on Friday morning.

Antonio Felix da Costa will do Wednesday morning and Thursday morning, with Red Bull stating that will fulfil their obligation to give Felix da Costa a day in the RB9 for leading the Formula Renault 3.5 standings. The Portuguese driver actually sits third in the standings behind McLaren-contracted drivers Stoffel Vandoorne and Kevin Magnussen.

A full guide to the young driver test line-up will follow later on Tuesday.