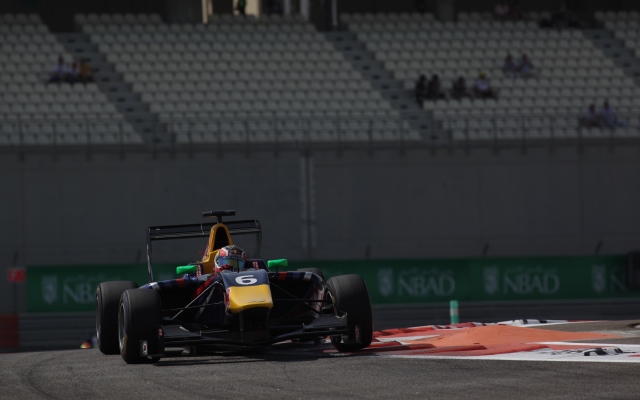 Future Formula 1 driver Daniil Kvyat set the pace in free practice ahead of the GP3 title decider in Abu Dhabi.

The Russian returned to the top of the timesheets at the very end of the session, beating Alexander Sims by 0.028 seconds.

Dean Stoneman was a superb eighth on his first competitive single-seater outing since his recovery from cancer with ART title contenders Conor Daly and Jack Harvey ninth and tenth.

Robert Cregan was 19th on his return to the series with Trident at his ‘home’ circuit, less than a tenth behind title outsider Tio Ellinas. Alice Powell was 21st.