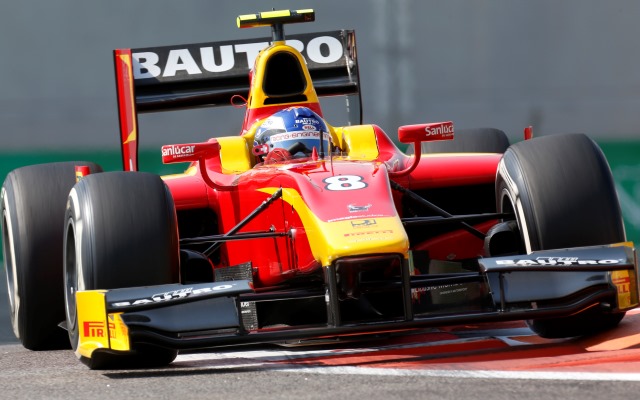 GP2 title rivals Fabio Leimer and Sam Bird were first and second fastest in practice for the final round of the season in Abu Dhabi.

Leimer, who holds a six point lead over Bird, knocked the British driver off top spot with a time of 1m51.766s on his last lap. Bird was going quicker on his final effort, but backed off after having to take avoiding action when Simon Trummer spun in front of him.

Dani Clos was third ahead of Alexander Rossi, with James Calado fifth and Tom Dillmann sixth. Calado felt that Dillmann impeded him at one point, venting his frustration by slowing down in front of the Frenchman, who ran off track in avoidance. The incident is under investigation.