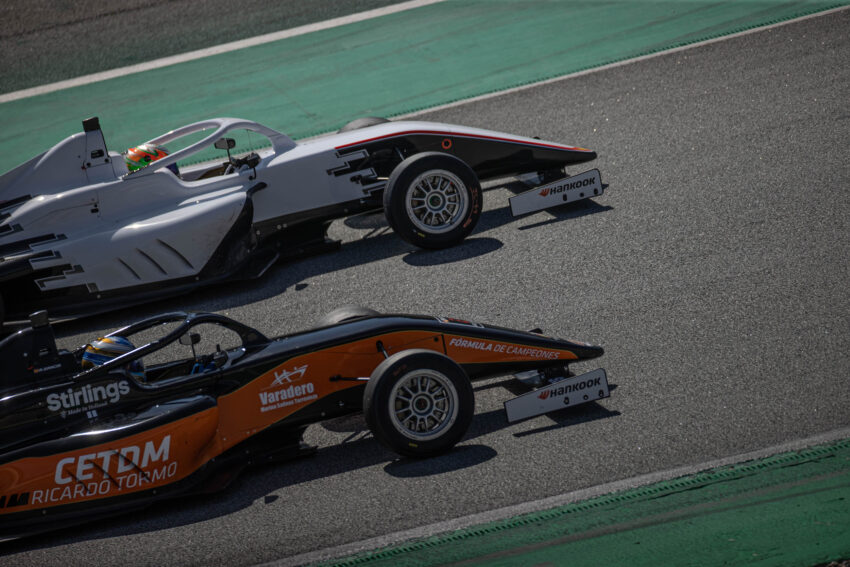 There were 29 drivers on track in the pre-event test session for the Spanish Formula 4 season opener at Algarve.

The three-hour test on Friday morning marked the appearance of three last-minute additions to the grid, as well as a surprise change of teams for Lola Lovinfosse.

With Drivex School she claimed a best finish of 13th as a rookie in 2021, and had signed to race for Global Racing Service this year. However she will now instead drive for Teo Martin Motorsport.

Machiels made his single-seater debut in F4 United Arab Emirates earlier this year and taken two 21st places from three rounds. He tested with Monlau last year. His father Louis was the GT World Challenge Europe Pro-Am champion in 2019.

Drivex has expanded its line-up to four cars for round one by adding recent British F4 debutant Noah Lisle, and MP Motorsport has filled both of its four-car teams with the late addition of Kirill Smal.

The 16-year-old Russian raced in F4 for the past two years, coming third in the Italian and UAE championships in 2021, and was set to move up to Formula Regional European Championship this year with KIC Motorsport.

His country’s invasion of Ukraine instigated the unravelling of Smal’s step up and a month ago he found refuge as a factory Birel ART karter driving a Ricciardo Kart chassis in the CIK-FIA European Karting Championship and WSK Euro Series’ KZ2 shifter class.

“It was hard to believe a couple of weeks ago, but this season I will be racing for MP in the Spanish F4 championship alongside my KZ2 program. Many thanks to everyone who made this possible,” said Smal, who will race under Kyrgyzstan’s flag as he is not allowed to compete with his own.

MP was the pace-setting team through the test, with Valerio Rinicella on top towards the end of the first hour. His team-mate Tymoteusz Kucharczyk then took over and improved to set a 1m45.425s benchmark halfway through.

There was almost no track action that took place after that, with most drivers staying in the pits and Kucharczyk ending up leading a lockout of the top five by MP.

While it and Campos Racing are both running two teams each, they have not disclosed how their line-ups will be split up.

Cram Motorsport meanwhile has officially entered itself under the Cram-Pinnacle name, having initially been understood to be moving into the series under its own after buying Pinnacle’s assets.