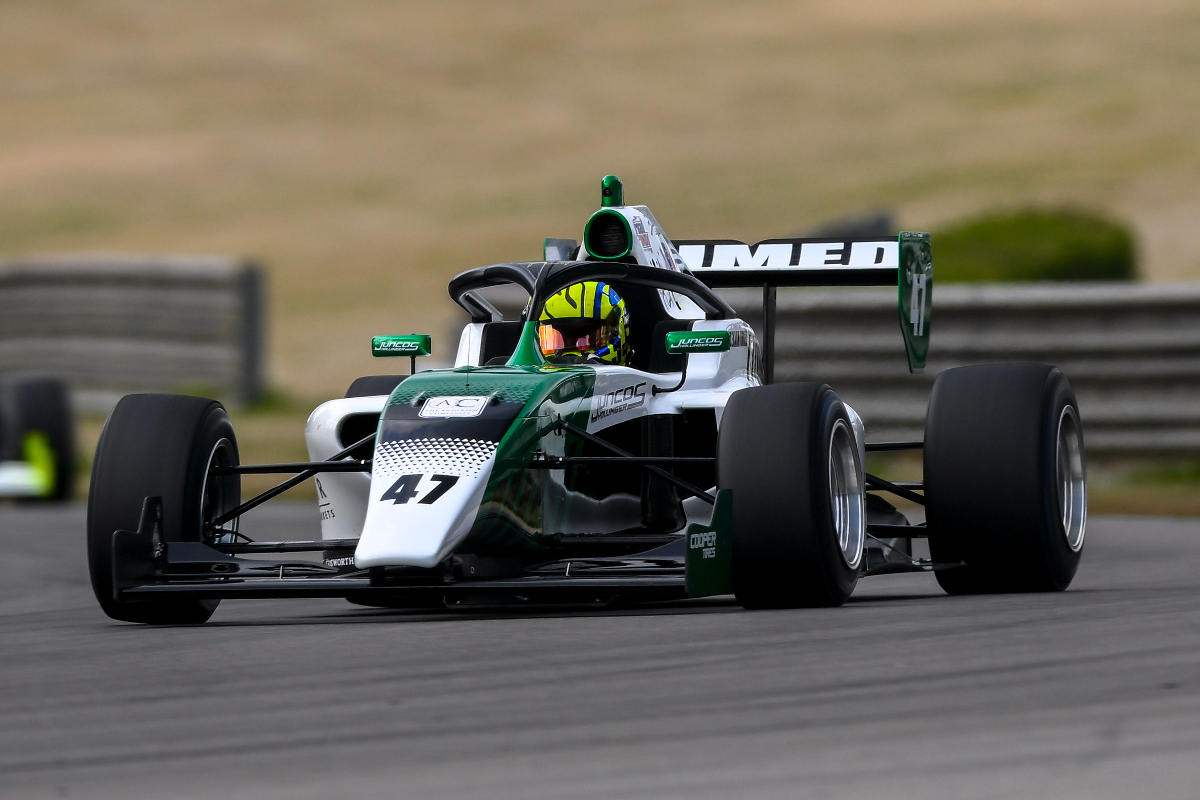 It was Pabst Racing’s Colin Kaminsky who set the pace early in the first session of the Thursday test, posting a 1m17.805s on a mostly empty track and then improving by a tenth of a second before the rest of the field came out.

He could only make small gains after, while Ahmed rose to the top with a 1m17.161s lap and his team-mate Reece Gold moved into second place by setting a 1m17.358s.

There was a mid-session red flag, and once the track returned to green another quick lap came in from Ahmed to put himself 0.228s ahead of Gold as there was a stagnation of improvements in the final 10 minutes.

Turn 3 Motorsport’s Josh Green was third fastest, 0.332s back, and Jay Howard Driver Development’s Braden Eves was 0.403s off the pace in fourth.

The top two were flipped in session two, with Gold leading the away with a 1m17.190s lap and Ahmed lapping 0.293s slower in the second place. Kaminsky went third fastest as one of the few improvers in the final 10 minutes, but was 0.619s off the pace. Green was fourth, and Louis Foster was three quarters of a second back in fifth.

Foster is the only driver in Exclusive Autosport’s line-up for this weekend’s races at Barber, with Christian Brooks and Matt-Round Garrido absent due to confirmed budget issues while Lindsay Brewer’s debut with the team has been pushed back to the next round, and he and the returning combination of FatBoy Racing and Charles Finelli were the only drivers to improve on their session one pace. Finelli previously raced in IP2000 from 2017 to 2020.

Gold was on top again early in the final session, heading NASCAR convert Salvador de Alba early before Green and Foster moved into the top two positions. The second red flag period of the day interrupted proceedings, and after that the pace didn’t improve for all bar Eves who jumped into second place in the final minute. He ended up just 0.019s off Green’s pace, with Foster 0.053s from first place, but nobody had been able to match Ahmed’s benchmark from the first session.

There were three drivers who did set their personal bests in session three through: Foster, de Alba and Turn 3 Motorsport’s Jonathan Browne.