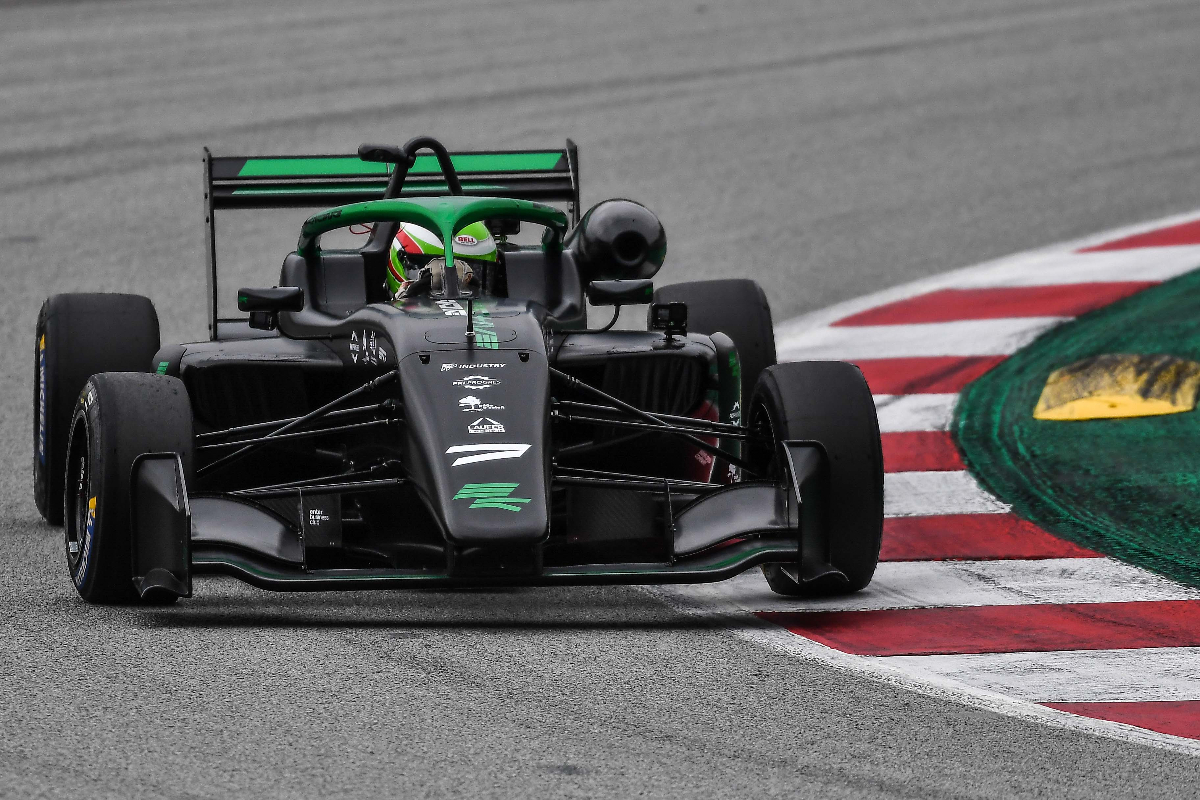 The entry list had already shrank first thing in the morning as the debuting combination of Effective Racing and its driver Vladimir Netusil confirmed it would not come to Estoril and would delay its first appearance to next week’s Pau round.

Ogaard stayed on track and went fastest ahead of his other team-mate Filip Upgran, just as seven other drivers set their first flying laps.

Marinangeli returned to the top with four-and-a-half minutes remaining, and a minute later Josh Mason bettered him by 0.232s to go fastest for Motopark’s Japanese offshoot CryptoTower Racing Team.

At this point Goethe, who was fastest in pre-event testing, recorded his first lap and moved into fourth place. Drivex School’s Nico Pino ensured the whole pitlane had been on track when he left his garage too.

Ugran was on top next, outpacing Mason by 0.08s, but Marinangeli replied in the final minute with a lap good enough to reclaim first place. The top 11 were now covered by less than a second, but that closeness was interrupted with 23s left on the clock as Goethe’s sixth lap of the day – a 1m29.616s – sent him to the top.

After the chequered flag waved, BVM Racing’s Francesco Simonazzi and Motopark’s Christian Mansell got close to Marinangeli’s pace in third and fourth.

Only Ugran, Marinangeli and Simonazzi were seen in the first half of FP2, and Ugran was the only one to do more than one flying lap. Pino became the fourth driver to gain some mileage when he headed out halfway through, then Ogaard became the fifth and he usurped Ugran with the penultimate effort from his six laps, a 1m29.814s.

No other drivers joined in as they saved tyres, but Ogaard and Pino, 0.440s back in fourth, did improved on their FP1 pace.

Peroni was first on track in FP3 in the afternoon, and traded fastest laps with Motopark’s Frederick Lubin at first.

Mason then edged ahead, before Mansell went fastest with a 1m30.493s. There was then red flags as Marinangeli got beached in the turn 12 gravel, and Pino and Goethe had yet to set laps.

Goethe left it late again following the restart, going fastest by four tenths at the end, then improving after the chequered flag to head Mansell by 0.513s. Peroni and Simonazzi jumped up to third and fourth late on.