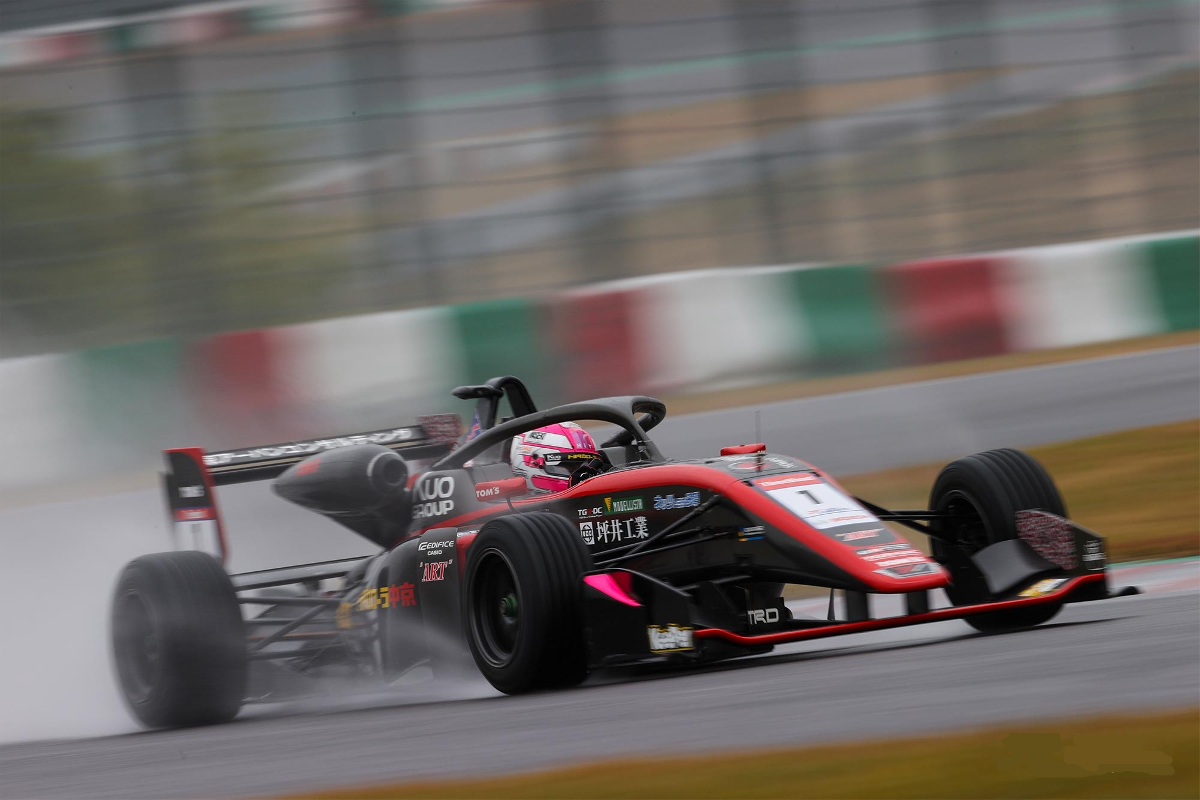 Kazuto Kotaka was the driver to beat for the second day in a row in Super Formula Lights testing on Tuesday, as the rain increased at Suzuka.

Laptimes were slower than on Monday due to the wetter track, and the trickier conditions caught out B-Max Engineering’s Yudai Uchida – the 2020 Ferrari Challenge Asia Pacific champion – at 130R in the morning which led to red flags.

The rain continued to fall when the session restarted, with many drivers completing installation laps but few embarking on stints.

Kotaka was able to go over a third of a second faster though, ending the day with a 2m07.678s lap. Beyond Nonaka, only Kotaka’s TOM’S team-mate Hibiki Taira and B-MAX Racing’s Syun Koide were able to get within a second of the pace.

The 2021 SF Lights champion Teppei Natori rejected his opportunity to appear in the upcoming Super Formula rookie test, with an offer which would have covered much of the cost of taking part, as he is independently pursuing his 2022 racing plans.