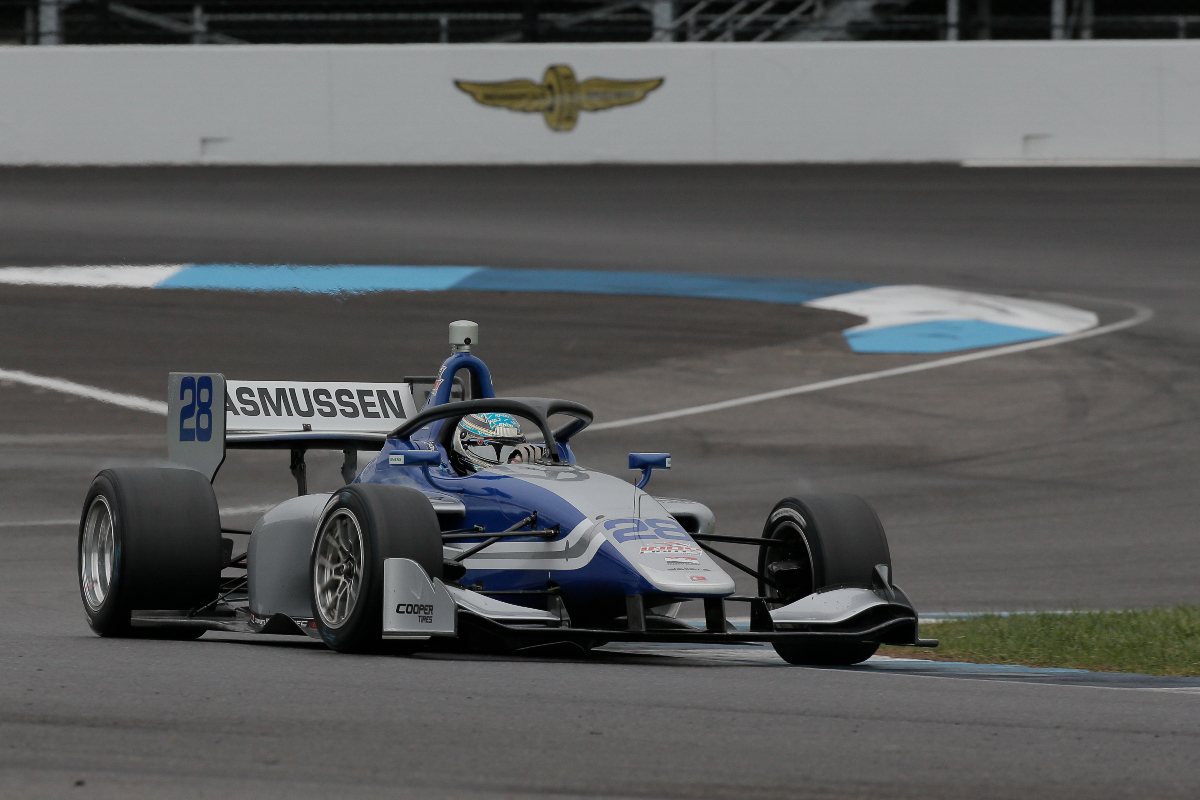 Reigning Indy Pro 2000 champion Christian Rasmussen has picked Andretti Autosport as the team for his graduation to Indy Lights.

Rasmussen’s IP2000 title gained him a scholarship to help him move up to Indy Lights for 2022, and he joined Andretti for the post-season Chris Griffis test on the Indianapolis Motor Speedway road course back in November.

“I am very excited to be a part of the Andretti family,” said Rasmussen, who will drive the #28 car.

“To be a part of a big corporation like Andretti Autosport is something I have been working towards since I started racing. Coming in as the 2021 champion from Indy Pro 2000, I am excited to get to work with the team and compete up front in Indy Lights in 2022.”

Rasmussen drove for Jay Howard Driver Development in his single IP2000 season, winning seven races en route to the title, and was with the team through his two USF2000 seasons before that. He won the 2019 USF2000 title with nine victories.

“We are thrilled to have Christian joining our 2022 Indy Lights program,” said Andretti’s president. J-F Thormann.

“Christian has an impressive resume in the Road to Indy after winning back-to-back championships and we know that his caliber of talent is a great fit for our team.”

Before forging a path on the Road to Indy, Rasmussen was a winner in Denmark’s Formula Ford and Formula 4 series and then for JHDD in United States F4.