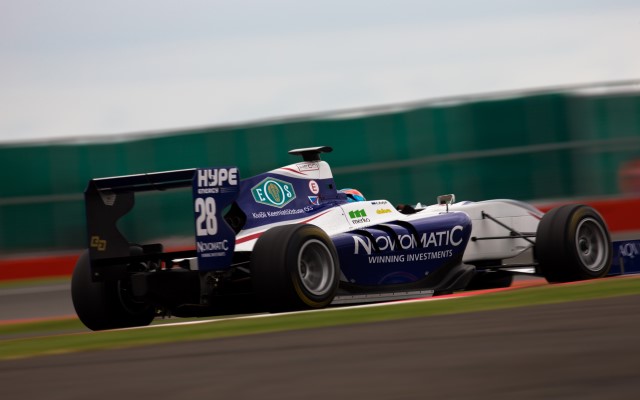 Kevin Korjus set the fastest time for the second time in three GP3 qualifying sessions as he claimed pole position at Silverstone.

With top spot changing hands a number of times during the session, Korjus posted his decisive lap time with nine seconds left on the clock. He previously topped qualifying on his and the Koiranen team’s debut in Barcelona, but carried a grid penalty for ignoring yellows in practice.

The Estonian went 0.055 seconds quicker than Jack Harvey, who will still be happy with second? after a quiet start to the season. ART team-mate Facu Regalia continued his strong form with the third best time, two tenths off the pace.

Alex Fontana was fourth ahead of practice pacesetter Carlos Sainz, who had taken provisional pole with four minutes left, shortly after championship leader Tio Ellinas, who was shuffled down to sixth.

Daniil Kvyat was seventh ahead of Nick Yelloly, with title contenders Conor Daly and Patric Niederhauser completing the top ten.