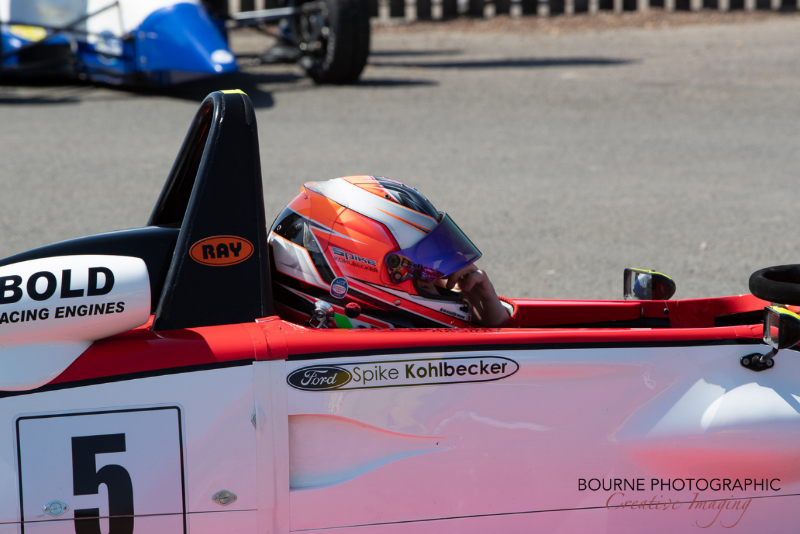 Cliff Dempsey Racing?s Kohlbecker spent most of the race battling for position at the front, though not a lap went past where he wasn?t under pressure.

The American took second place off the line, as poleman Rory Smith fell backwards. New leader Neil Maclennan and Kohlbecker ran nose-to-tail for a number of laps, and swapped positions, before the latter managed to make a move stick.

They were eventually joined by the recovering Smith and Kohlbecker?s team-mate Jonathan Browne, before a excursion into the gravel dropped Browne down the order.

Smith was briefly able to reclaim the lead heading into Paddock Hill Bend ? dropping Kohlbecker back into second ? before the B-M Racing driver dropped two wheels into the gravel.

Kohlbecker and MacLennan remained in battle through the final laps of the 15 minute race, but MacLennan couldn?t find a way past and Kohlbecker came through to take his second win of the season.

Oldfield Motorsport?s Aaron Jeansonne had a clean race and took his first podium in third.

Points leader Martin endured the opposite race to rival Kohlbecker. The Team Dolan driver started alongside Kohlbecker on the second row but had a poor opening lap and then span at Druids, dropping him to 14th.

He was able to continue but struggled to make up ground. Although he recovered to 10th, that was aided by a number of incidents ahead of him.

Dolan team-end Jamie Sharp had been running at the sharp end through most of the race, and set fastest lap, but a penultimate lap spin put him at the back of the field. He limped back around the track before returning his Van Diemen to the pits.

The third Dolan car of Adam Quatermaine also retired after an off early in the race.

CDR?s James Clarke finished fourth, ahead of Smith and Browne. Morgan Quinn was the top rookie in seventh for Dolan, ahead of Clubman class winner Max Marzorati.