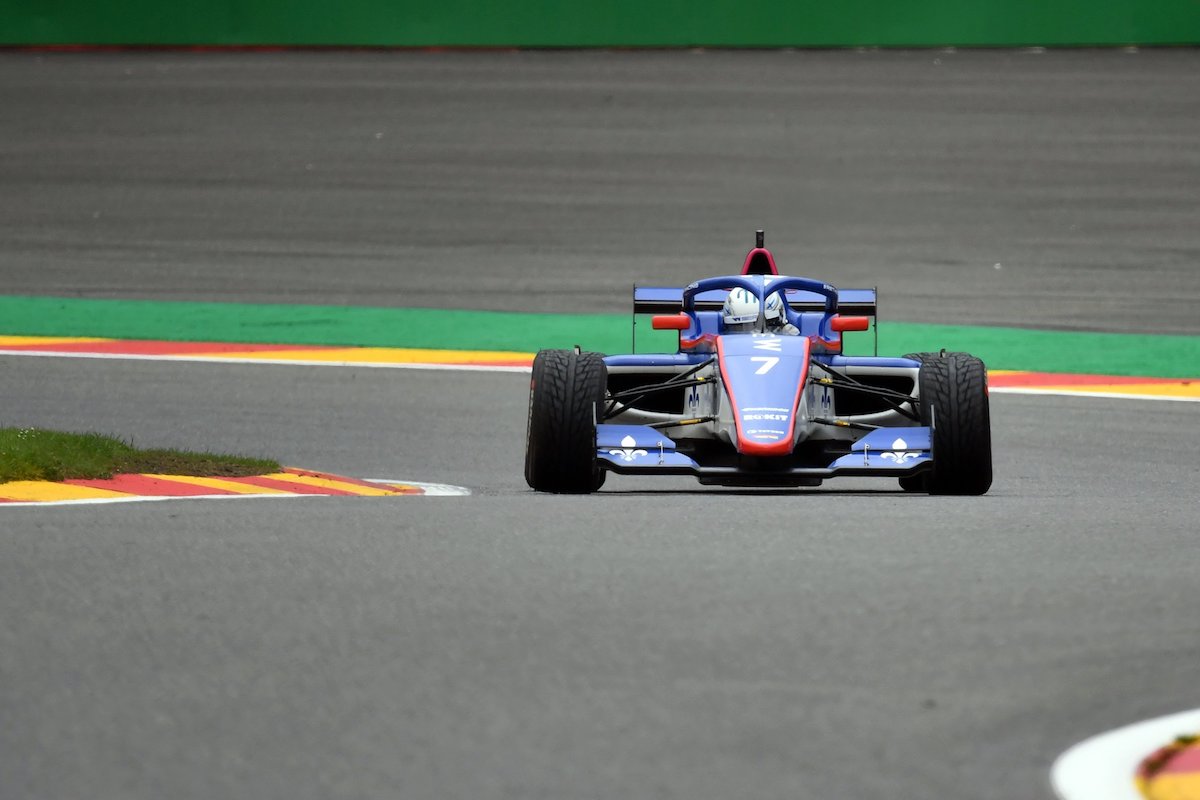 The race was delayed by an hour because of interruptions to Formula 1 qualifying linked to the extremely changeable conditions, and when it got underway it did so with four laps behind the safety car.

Pole-sitter Jamie Chadwick pulled away after the green flag, building a 2.6-second advantage over her nearest championship rival Alice Powell on the first lap of racing.

Behind, third-place qualifier Caitlin Wood went off the road at top of Raidillon under pressure from Kimilainen and Marta Garcia, and Kimilainen got past on the outside of Turn 9.

Garcia then ran side-by-side with Wood from Pouhon all the way to Stavelot, where she clinched fourth place.

Garcia was fastest of all on the second lap of racing, but only just over Kimilainen, who also made great strides towards the top two, and on the following lap the Finn overtook Powell through Blanchimont for second.

Chadwick had responded to the charge with a fastest lap of her own, and was 4.3s clear out front, only for Kimilainen to lap three seconds faster on the next tour to demolish that gap.

The pass for the lead came on the fifth lap of racing when Kimilainen braked later than Chadwick on the outside into Fagnes.

Over the three final laps, Kimilainen pulled out an 8.489s lead as she secured her second W Series victory.

Chadwick came home second to add to her championship lead, with Garcia eventually overtaking Powell with a switch-back move through Stavelot to take her first podium since her Norisring victory in 2019 – having finished no better than seventh in the first four races of this season.

Wood was a distant fifth ahead of Jessica Hawkins, who just held off a charging Fabienne Wohlwend. One of the drivers involved in the huge six-car crash in qualifying, Wohlwend came from the penultimate row of the grid to snatch seventh from Nerea Marti on the final lap.

Of the six drivers involved in the qualifying accident, Beitske Visser and Ayla Agren did not take part in the race. The two drivers went to hospital for checks after the crash but were later released.