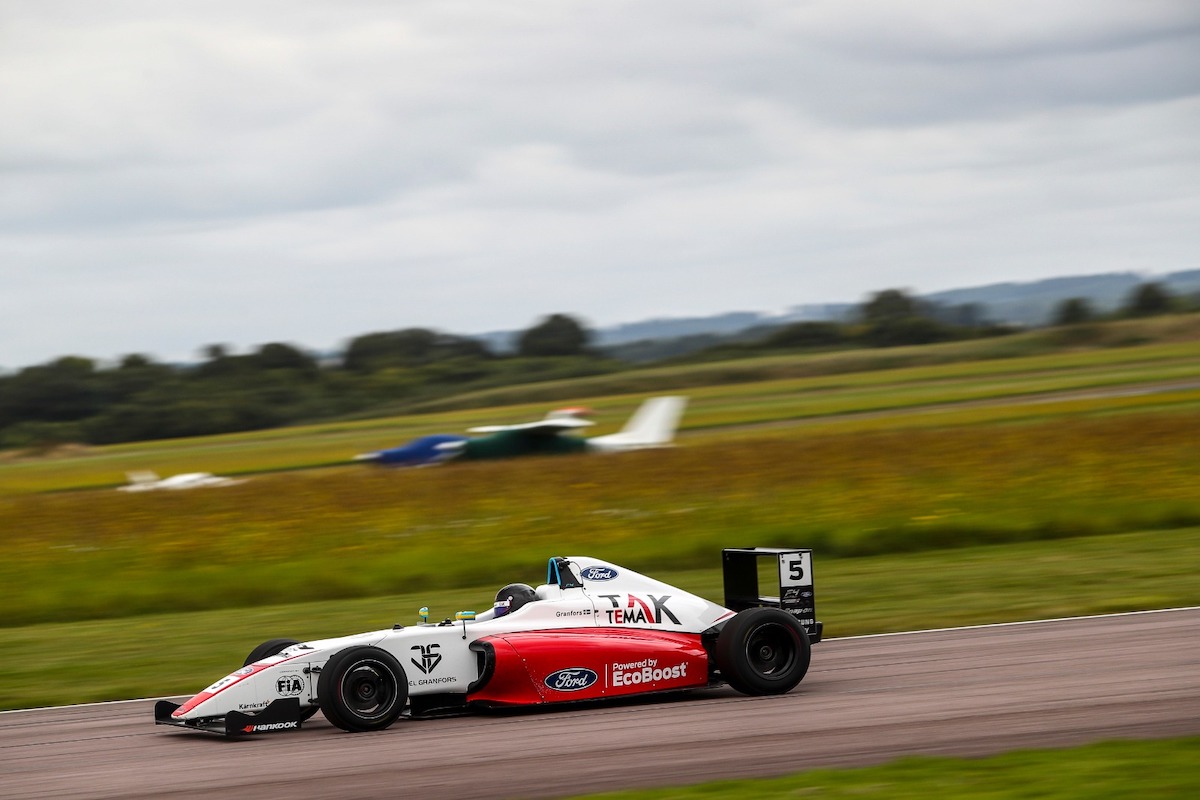 Granfors and Pulling had spent the race battling at the front of the field. Pulling had just managed to get past Granfors with a move around the outside of Goodwood when the two came together. She was sent into a spin and had two wheels in the air, while Granfors was able to continue mostly unharmed.

Pulling got going again without the need for a safety car, but she had dropped well out of the points.

After such a hard fought race up until that point, Granfors was unchallenged in the final laps and came through almost a second ahead of the rest of the field for his maiden series win from 10th on the grid.

Pole-sitter David Morales took second. He made a good start and was gifted a lead of more than two seconds early on when contact between Marcos Flack and Kai Askey took the second and third place starters out of the fight.

Carlin’s Tasanapol Inthraphuvasak inherited second and wasted no time closing in on the race leader. He brought Aiden Neate, Pulling and Granfors with him.

Inthraphuvasak briefly claimed the race lead, taking Pulling with him past Morales, but a mistake dropped him back to P4 and damage to the rear of his car forced him into the pits.

Morales managed to hang on to what was then third ahead of Neate and Eduardo Coseteng, and took his best finish of the season when he came home P2.

James Hedley, who had had a quiet start to the race, avoided the chaos to climb up to third and regain , while Coseteng held off Oliver Gray to take fourth.

Matias Zagazeta finished a lap down in 12th after sustaining a front-left puncture.

He was handed a penalty after race one for gaining an unfair advantage when racing Gray for the win, but his Argenti team has appealed, leaving him as the provisional winner for now.