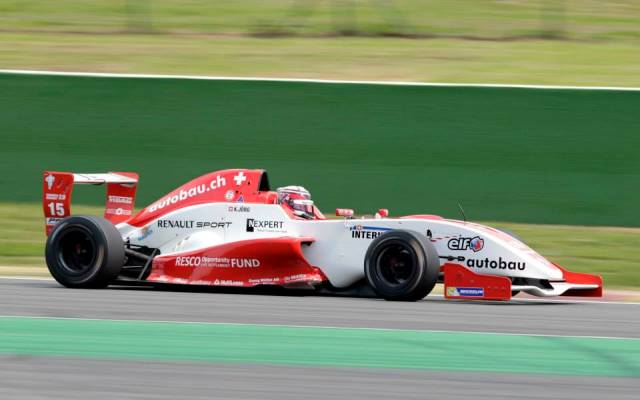 On his return to the Formula Renault 2.0 NEC, Kevin Jorg qualified on pole position for both of the races at Spa-Francorchamps.

In the first session the Swiss driver dominated, with the gap between him and second-placed Ben Barnicoat at more than half a second. Callan O’Keeffe took third with a last-minute lap, narrowly edging out Raoul Owens.

Race winner Louis Deletraz and championship leader Steijn Schothorst were fifth and sixth fastest. The rest of the top ten positions were separated by less than a tenth, with Seb Morris leading Ukyo Sasahara, Josef Zaruba and Ryan Tveter.

In the second session, O’Keeffe emerged as a real challenger to Jorg, however, the Josef Kaufmann Racing driver managed to be the fastest once again.

Schothorst, Deletraz and Gustav Malja took third, fourth and fifth respectively, and the rest of the top ten was completed by Fortec duo Barnicoat and Morris, Euronova’s Sasahara and AVF duo Zaruba and Matthew Graham.