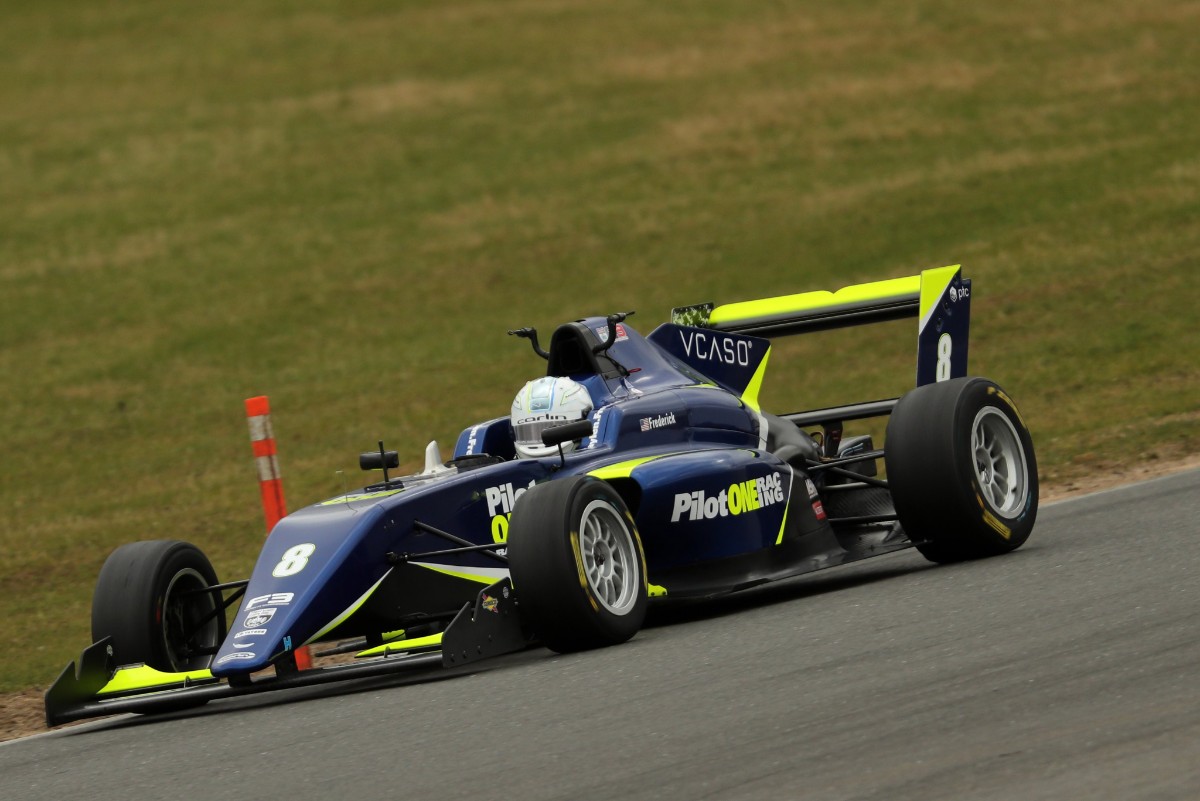 The American set the pace in the first of four sessions held on Friday, which was just short of the pace set in testing the previous day.

Maini had been quickest on Thursday and is still yet to be confirmed as racing for Hitech, and the Indian was 0.082 seconds off Frederick in session one on Friday.

Douglas Motorsport’s Ulysse de Pauw completed the top three in that session, but was shuffled down to fourth for the day when Maini, Frederick and Double R Racing’s Louis Foster were setting sub-1m32s laps in the second morning session.

Foster was then fastest in the first of the afternoon’s sessions, although laptimes were slower than what had previously been set.

The pace picked up again later in the day, which was the hottest of the year for many places in England, with Frederick once again at the top of the timesheet. There were no improvements on the morning though, leaving an unchanged top four and Lanan Racing’s Bart Horsten in fifth.

Less than 0.7s covered the top 10, with Horsten’s team-mate Joshua Mason rounding out the runners just 1.287s off Frederick’s pace.

There will no free practice sessions held for this weekend’s races at Oulton Park, with the drivers going straight into qualifying on Saturday morning.