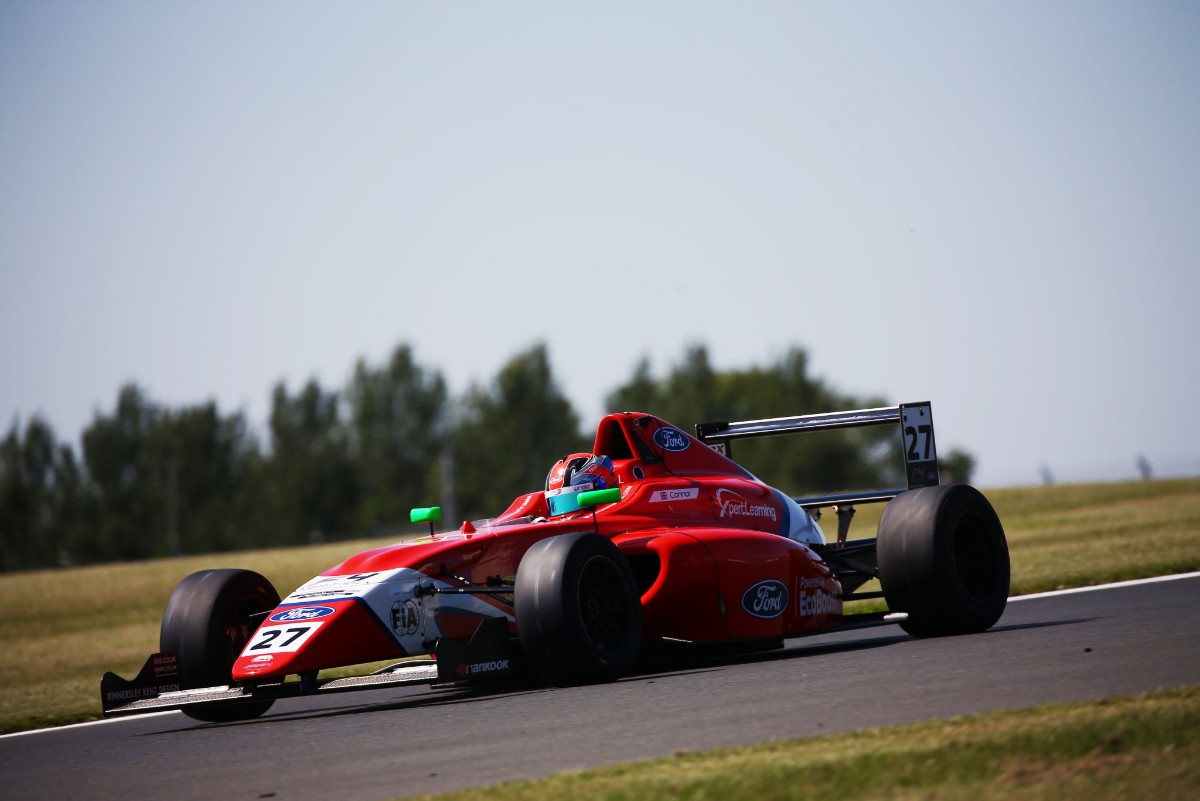 Arden’s Alex Connor topped the times in free practice for the first British Formula 4 round of the season at Donington Park.

Reigning Ginetta Junior champion James Hedley set the pace in FP1 for JHR Developments, and was quick for most of the second session but couldn’t match Connor’s pace at the end of the day’s running.

He quickly matched his FP1 time in the afternoon, setting a 1m08.436s lap, but couldn’t find any further improvements.

Second-year driver Connor lowered the benchmark laptime to 1m08.085s, over a quarter of a second ahead of Carlin’s Zak O’Sullivan – last year’s Ginetta Junior title runner-up – in second.

Faria ran into problems in the closing stages of FP1, bringing out the red flag when he ran off at the final chicane.

He was able to get back out in FP2 and was top of the order after the first 10 minutes, but dropped back to fifth by the chequered flag.

Stevenson’s day started badly, as his track time was severely limited in the morning and he only set a representative pace in the afternoon session.