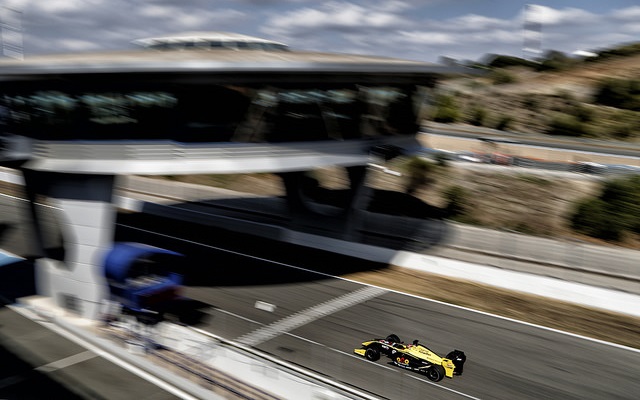 Yu Kanamaru followed up his encouraging run of races at the end of the season by topping the first test session for the renamed Formula 3.5 V8 series at Jerez.

The Japanese driver stepped up from Euroformula Open to contest the final three rounds of the 2015 campaign for Pons and showed well, taking a best finish of sixth at Le Mans.

Remaining with Pons for the test, he claimed top spot at the end of the morning session with a lap of 1m28.067s.

He beat newly-crowned Eurocup Formula Renault 2.0 champion Jack Aitken to the quickest time by over half a second.

Aitken, who previously tested the 3.5 car two years ago, is driving for champions Fortec Motorsports.

2015 runner-up Matthieu Vaxiviere ended up third quickest, testing a single car fielded by the new Spirit of Race squad which has taken over the old Draco entry.

Two more FR2.0 aces were next up, with Louis Deletraz sixth in the #4 Fortec entry of 2015 champion Oliver Rowland and just in front of Matevos Isaakyan, who had led the way in the other Pons car with half an hour to go.

There were three red-flag interruptions: the first when Hughes stopped early on and the other two when Marvin Kirchhofer (AVF) and Jehan Daruvala (Comtec) spun.