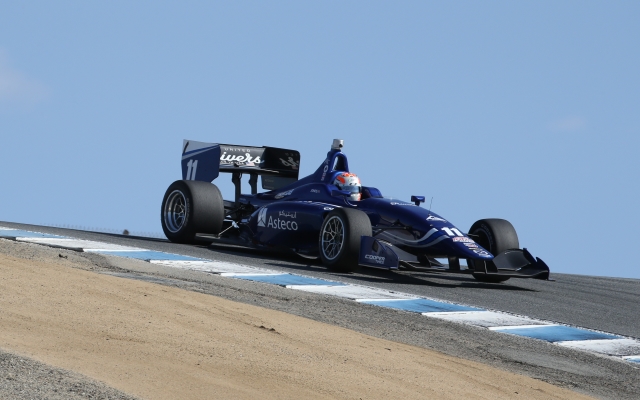 Ed Jones will stay with Carlin in Indy Lights for an assault on the 2016 championship, the team has announced.

The 20-year-old Dubai-born racer embarked on a first season in the United States together with the British squad this year, after competing with Carlin in European Formula 3.

Despite their inexperience, team and driver won the opening three races of the season – two in St Petersburg and one in Long Beach.

Jones did not win again, but remained in title contention until the final round and ended up third in the standings behind Spencer Pigot and Jack Harvey.

“Continuity isn’t something which you get to enjoy too often in junior motor racing but when you can achieve it, for sure it is a help,” said Jones, who was F3 Open (now Euroformula) champion in 2013.

“Both the team and I know each other very well. I have built a good understanding with the engineers and I feel we work well together.

“The goal for 2016 is to win the Indy Lights championship. I learnt a huge amount in 2015 and feel that I have a great base to go for the championship in 2016.”

Team boss Trevor Carlin said: “We?re delighted that Ed remains with the team for the 2016 season.

“He showed great faith in moving over from Europe with us for our first season in Indy Lights and demonstrated to everyone how competitive he was in winning the first three races of the season.

“With a season of Indy Lights behind us there are undoubtedly things that team and driver have learnt together and we aim to put these lessons to good use in 2016 with the title clearly being the aim.”

Jones is the second driver to be officially announced for the 2016 Indy Lights season, after Andretti Autosport promoted Dalton Kellett from its Pro Mazda squad.

The 22-year-old Canadian finished 10th in the Pro Mazda standings in both 2014 and 2015, claiming one podium each season.