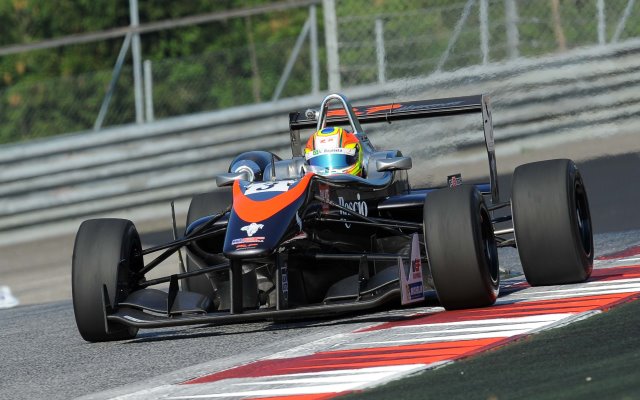 Leading Euroformula Open outfit RP Motorsport has announced it will expand into the renamed Formula 3.5 V8 series for 2016, becoming the third new team to join the category.

The Italian squad took drivers to the Euroformula title in 2012 and 2014 with Niccolo Schiro and Sandy Stuvik respectively, and leads this year’s standings with one round remaining through Vitor Baptista.

RP Motorsport’s entry means that the leaders of both Euroformula Open and the sister International GT Open series have now committed to the former Renault-backed series.

The first new team to join the series was Amato Ferrari’s Spirit of Race operation, which has taken over from Draco.

The RPM Racing-promoted championship now has 12 teams committed to taking part in 2016.

?I am delighted to be part of the new era for such a historical championship,” said RP team principal Fabio Pampado.

“Many Formula 1 and professional racers made their breakthrough in the RPM-managed series, and this is a clear sign of the great job done by the organisation from both the technical and competitive standpoints.

“For our team, joining this amazing series is definitely a new challenge, but it will not be the first time for us working with such powerful cars, and we are ready to go.”

?It is a great pleasure to welcome a new team in our family,” he said.

“This addition will definitely help us to bring more brilliant young drivers to the championship.

“At RPM, we are always happy to see new teams joining us and personally it is fantastic to see how many people are looking forward to join us for this new adventure.”