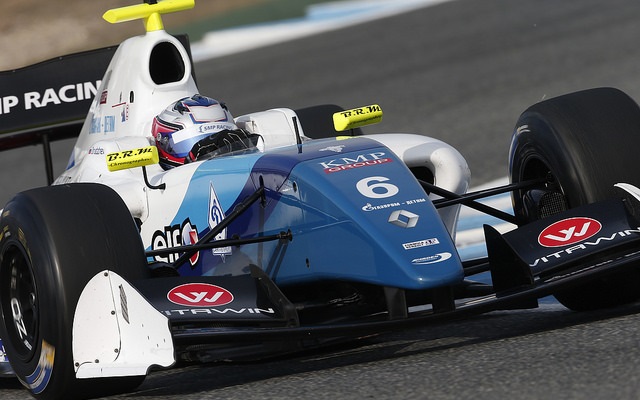 Two-time 2015 race-winner Egor Orudzhev ended the first day of testing in the renamed Formula 3.5 V8 series at Jerez with the fastest time in the afternoon session.

The Russian driver set a time of 1m28.083s, falling short of Yu Kanamaru‘s morning benchmark by 14 thousandths of a second.

After completing the fewest laps of anybody in the morning at just 19, Orudzhev was the busiest driver in the afternoon, clocking 45 laps.

The Arden racer hit the front just inside the final half an hour of running, which was interrupted by a red flag following a second off for his SMP Racing stablemate Matevos Isaakyan.

Kanamaru was sixth ahead of Gustav Malja and Louis Deletraz, with George Russell and Alfonso Celis rounding out the top 10.