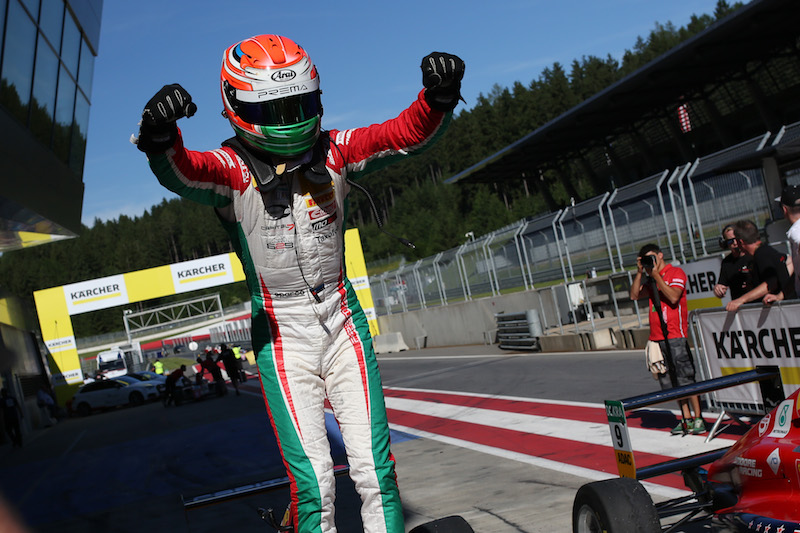 Juri Vips worked his way up from seventh on the reverse grid to win the third and final ADAC Formula 4 race at the Red Bull Ring, regaining sole leadership of the standings.

The Prema driver climbed from seventh to fourth at the start, and gained third from Lirim Zendeli prior to a safety car five minutes in when Tom Beckhauser went into the Turn 3 gravel trap for the second time this weekend.

David Malukas had taken the lead from pole-sitter Kush Maini at the Turn 4 left-hander on the first lap, but the Indian regained the place at Turn 7 following the restart, and Vips also took Malukas at Turn 1 on the subsequent lap.

Maini had a 1.2-second lead over Vips, but just a lap later the Estonian had passed him on the inside of Turn 2.

Vips had built a margin of 1.4s over Maini when the guesting Jenzer driver spun at Turn 2 with nine minutes remaining, falling to the bottom of the top 10 where he was later?spun around by contact from?Malukas at Turn 3.

Another safety car with three minutes remaining eliminated Vips’ two-second margin over Nicklas Nielsen, but it didn’t head back to the pits until the end of the final lap.

Nielsen came from alongside Vips on the fourth row of the grid to finish second, while race one winner Marcus Armstrong came from 10th to finish third, beating Kami Laliberte and Zendeli.

After moving top of the standings, level on points with Vips, with his race-two win, Felipe Drugovich had to start 16th based on his result from the opening race, when he had to pit with an issue.

The Brazilian?fought back to finish sixth, but slips to 17 points behind Vips.