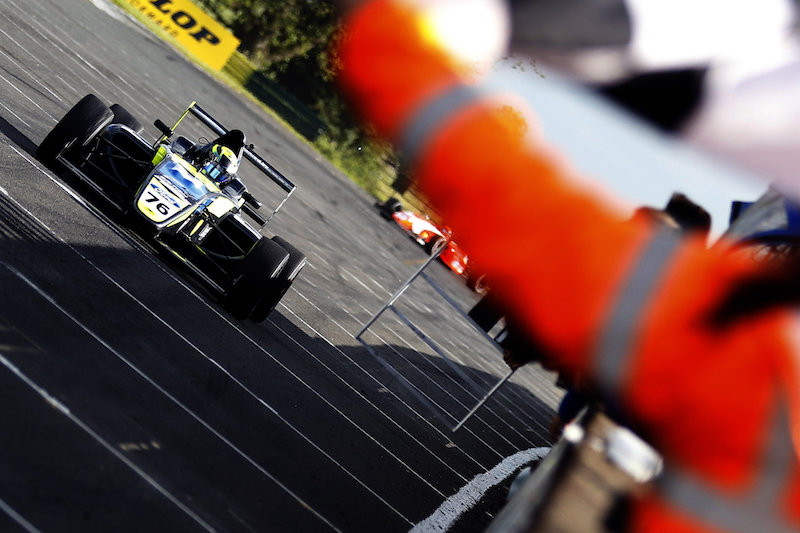 Linus Lundqvist took a second?lights-to-flag win of the British Formula 4 round at Croft in the third and final race of the weekend.

From pole position, the Swede built a one-second lead on the opening lap and built his advantage lap-by-lap, moving?6.2 seconds clear before backing off as he took the chequered flag.

Championship leader Jamie Caroline started second on the grid but would go a whole round win-less (and podium-less) for the first time this season after losing out at the start to Arden duo Alex Quinn and Oscar Piastri.

While Quinn kept?Piastri at bay for second, Caroline fell behind Karl Massaad and only just held off his Carlin team-mate Logan Sargeant while struggling with gearbox issues.

Caroline’s points lead over closest rival Piastri has been reduced over the Croft weekend from 90.5 to 67.5, with Lundqvist up to third, a further 18 back.