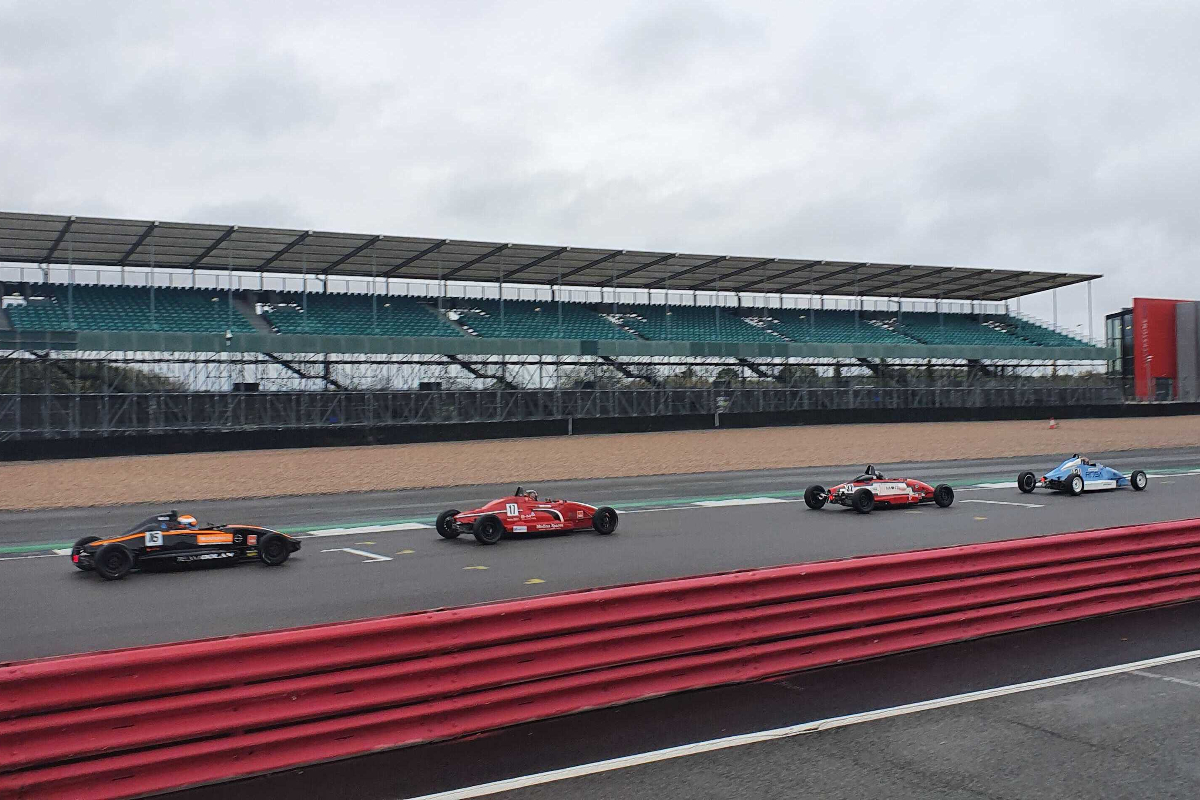 It was Rashid who had the most impressive first lap, making it from fifth to first and completing the first lap 0.415 seconds clear of everyone else. Budzinski was shuffled down to third, and after coming across the front of McArthur at Brooklands it led to the latter spinning on a wet kerb and then being hit, breaking his steering on the front-right and putting him out.

Budzinski moved back ahead of van der Watt at Becketts on lap two, and managed to close in on Rashid to end the lap 0.066s behind. He almost tapped his team-mate’s rear as they came on to the pit straight, and tried passing him on the inside once they reached Copse. But they were still side-by-side as they left the corner and contact was made.

Rashid emerged unscatched, while Budzinski spun down to ninth and it meant Tom McArthur and Chris Middlehurst’s battle was now for third rather than fourth.

Van der Watt benefited from the contact between the leaders to close in on Rashid, but didn’t seem to have the straightline speed to get by Rashid and there were places where it was still wet offline.

But Van der Watt was able to overtake Rashid at Brooklands on lap five of eight, and the top four at this point were now running nose-to-tail.

Rashid and van der Watt went side-by-side into Luffield on lap six and Rashid reclaimed the lead, but then rain came and on the final lap van der Watt got back ahead with just a corner to go.

He won by 0.145s, with McArthur just holding off Middlehurst for third place. Budzinski kept his cool and recovered to fourth, passing Tom Bradshaw and Doug Crosbie who fought with each other all race and got very close to contact more than once.

Joining Dave McArthur in retirement was Border Reivers’ Mike Epps, who had to retire in the pits once a split in carboretta gasket caused a fire in the car. By pitting once he saw the flames, he saved the engine and means he will be able to contest the Progression Race on Sunday.