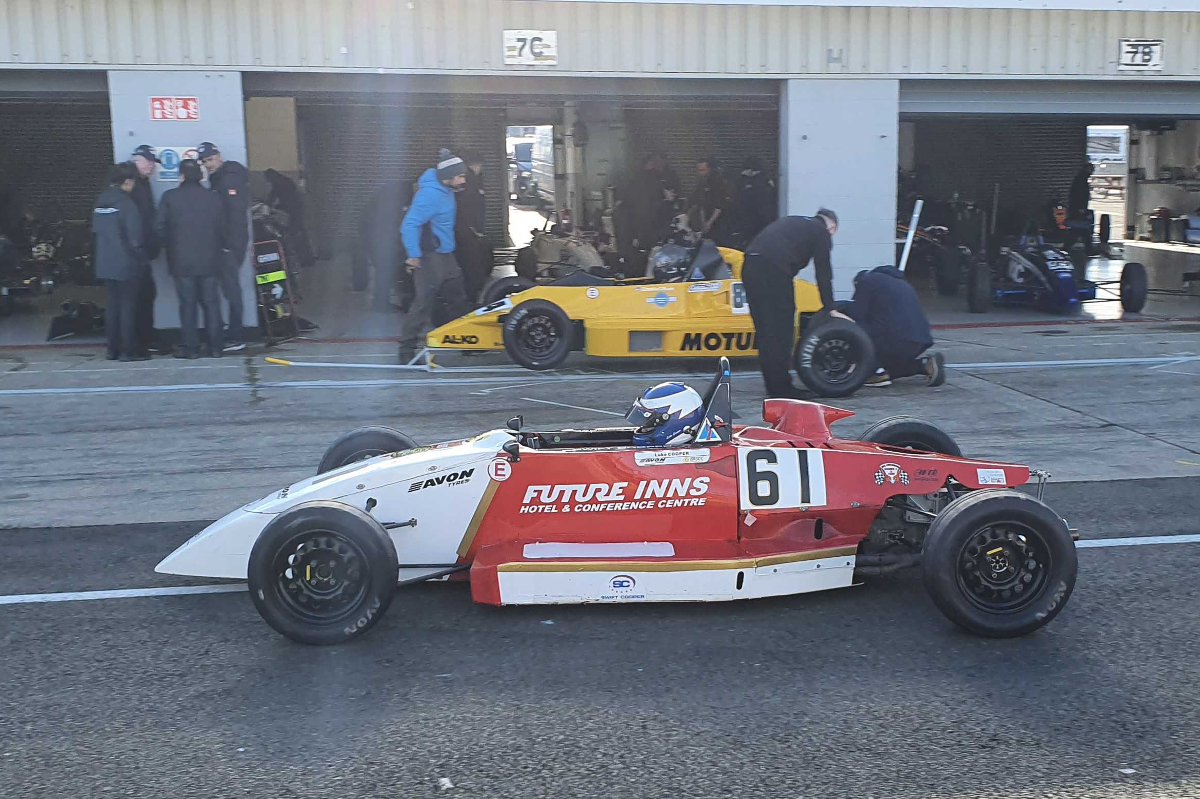 On a drying track on Saturday morning, Foster improved lap after lap in Q3 to topple early pacesetters Cameron Jackson and Tom Mills and then pull away from them on the timesheet.

Kevin Mills Racing driver Mills remained in second place through much of the session despite failing to improve on his early benchmark lap. Mills was rapid in the dry in testing, but did cause a red flag on Friday with an oil spillage from his car.

Foster ended qualifying with 1m09.246s as his best effort, with Mills improving on his eighth lap of the session to qualify 0.323 seconds behind.

Jackson went faster on his final lap but remained in third, still an impressive result for the Neil Fowler Motorsport driver in a Van Diemen RF90 from 1990, and towards the end New Zealand FFord champion James Penrose was shuffled from fourth down to sixth by Ben Mitchell and Neil Fowler, the winner of the first WHT in 2001.

The slippery conditions helped the competitiveness of the older cars, with Richard Tarling qualifying seventh in a Royale RP26.

A drier track meant quicker laptimes in qualifying for heat four, where Cooper snatched pole at the very end.

Cooper rose into second place with two-and-a-half minutes left of qualifying, but was shuffled back to third by Schrage in the final minute, then after the chequered flag he improved again to take pole with a 1m08.670s lap.

Fisher also found more pace on his final lap to seal a front row spot, while Smith was moved back to third to share row two with Schrage.

Unfortunately Alex Ames and Adam Fathers both had their cars expire on them during qualifying, with Ames unable to set a lap at all.