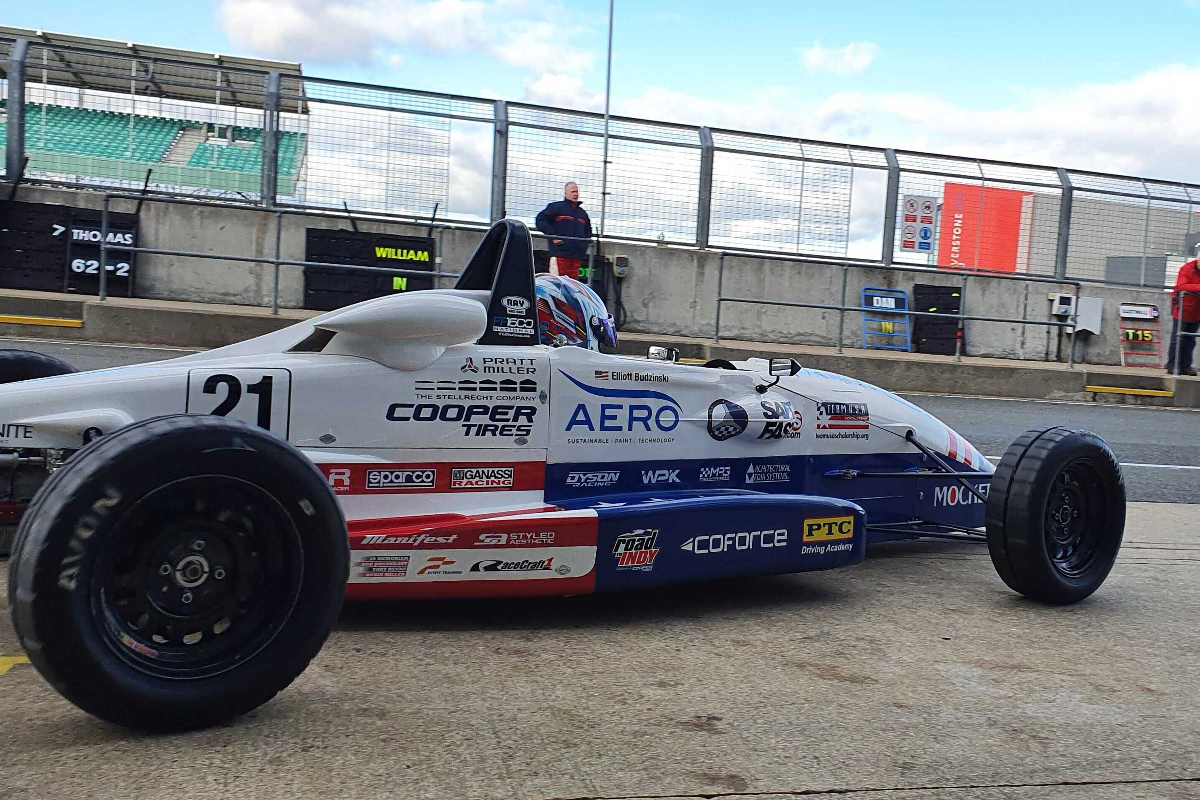 Kevin Mills Racing were the closest challengers in both sessions, with Julian Van der Watt qualifying second for heat one, and Andrew Rackstraw and Michael Eastwell setting an identical time to line up second and third for heat two.

Team USA scholar Budzinski set an early benchmark of 1m10.979s in a damp heat one qualifying, and continued to improve, finishing the session with a best lap of 1m09.333s. Van Der Watt was 0.176s adrift, having moved ahead of B-M Racing’s Dave McArthur late on.

Former British Touring Car Championship racer Mike Epps was less than 0.5s off the pace in sixth on his first FF1600 appearance, while Team Dolan’s Chris Middlehurst could only muster the seventh quickest time.

Tom Bradshaw was eighth ahead of McArthur’s brother Tom and privateer Doug Crosbie.

Esterson got his Walter Hayes defence off the perfect start, with the 2021 winner setting the quickest time of the day so far in session two with a 1m09.267s, and made further improvements to end with 1m08.692s.

Rackstraw and Eastwell were both a huge 0.820s behind, while Michael Moyers was fourth in a new Medina run by Simon Hadfield Motorsport. Brandon McCaughan was over 1.2s off the pace in fifth for Oldfield Motorsport.

Ammonite’s William Ferguson and KMR’s Josh Le Roux both improved on their final laps to end sixth and seventh ahead of Team Canada scholar Jake Cowden.