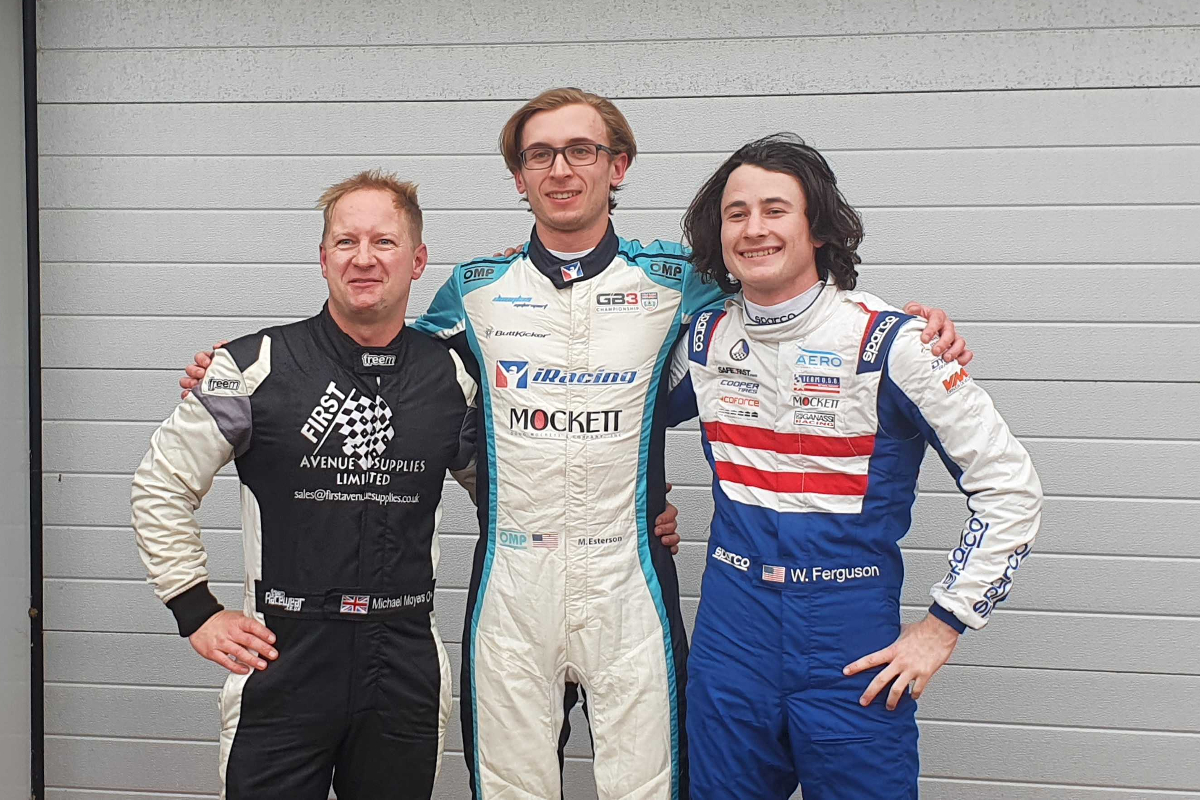 After lining up on pole, defending Walter Hayes winner Esterson had contact into Copse and lost several places, with his team-mate Ferguson leading at the end of lap one after starting sixth.

Esterson recovered to fourth at the final corner of the opening lap behind Brandon McCaughan and Moyers, and then swiftly picked off the top three to be leading Moyers by the time they reached Brooklands for a second time.

Moyers initally kept Esterson in his sights before the latter edged clear to win by 3.941 seconds.

Ferguson claimed the final podium spot and held off the recovering Andrew Rackstraw, the Kevin Mills Racing driver having dropped as low as 15th before charging back up the order to fourth.

David McCullough managed to fend off Team Canada scholar Jake Cowden for fifth, while KMR’s Michael Eastwell recovered from an early off from a three-wide moment at Brooklands to take seventh.

FF1600 returnee James Clarke was eighth ahead of Oldfield Motorsport’s Brandon McCaughan who ran third early on before his moment with Eastwell, and eventually slipped back to ninth.

B-M Racing’s Sam Gornall was 10th ahead of Joe Watts and Robert Wainwright.

Moments after Eastwell was ran off at Brooklands, his KMR team-mates Alex Vos and Josh Le Roux had an incident at Luffield that caused both to spin to the back of the field.