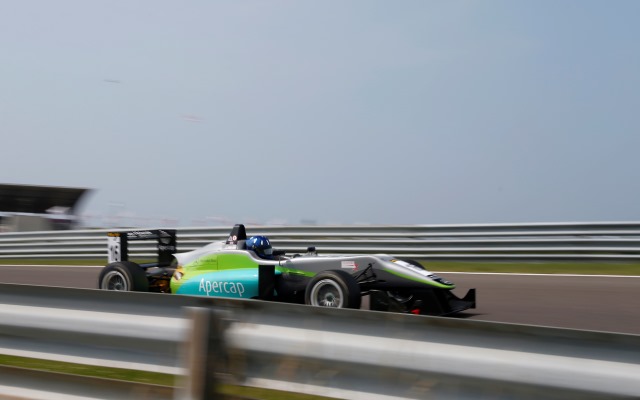 Josh Hill has taken the decision to quit racing in order to concentrate on other interests.

Son of 1996 Formula 1 world champion Damon and grandson of double champion Graham, Hill had been racing in the FIA F3 European Championship this year.

“Coming from the Hill family it was inevitable that I would be drawn to racing,” said the 22-year-old in a statement quoted by the Reuters news agency on Tuesday evening.

“I have learned an enormous amount and really enjoyed the experience, but I do not want to compete unless I am 100 percent devoted. As I now have ambitions in other fields I feel it is the right move to withdraw from racing.”

Hill began his racing career in the Ginetta Junior series in 2008, before switching to single-seaters and Formula Ford in 2009, scoring five wins in 2010.

He then spent two years in Formula Renault 2.0, finishing seventh in the British championship in 2011 and third in the Northern European Cup in 2012 with five victories. At the end of last year he was one of six nominees for the prestigious annual McLaren Autosport BRDC Award. He had also been a race winner in the Toyota Racing Series in New Zealand and MRF Challenge in India.

Stepping up with the Fortec to F3 for 2013, the highlight of Hill’s campaign was an outstanding drive to second place at Hockenheim behind dominant championship leader Raffaele Marciello. After five of the scheduled ten weekends, he sits tenth in the standings, second of the F3 newcomers.

Hill’s departure leaves some uncertainty over Fortec’s four-car line-up in the F3 series ahead of this weekend’s sixth round at the Norisring. Lead driver Felix Serralles pulled out of last week’s Masters event at Zandvoort to injury, while William Buller only took up the fourth car at the previous round and has since competed in Formula Renault 3.5, so is uncertain to join Pipo Derani in Nuremberg.

Back in business: Jon Lancaster