Back in business: Jon Lancaster 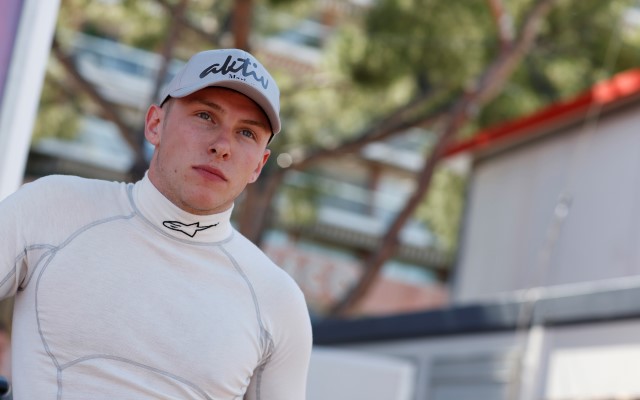 A promising prospect in his early career, Lancaster then spent a couple of years in the wilderness. Now he’s back, and winning two GP2 races in the space of a week. We profile the Englishman…

A few months back, Jon Lancaster hadn’t taken in more than two race meetings in a European series since the end of 2010. Now, after joining the GP2 season three rounds in, he lies sixth in the standings after winning two sprint races in exactly a week at Silverstone and the Nurburgring. After a long period in the single-seater wilderness, he’s now making headlines right in front of the F1 teams.

In 2007 he contested the Eurocup and French Formula Renault championships for the SG Formula. After a quiet start to the year, he took his maiden win on home soil at Donington Park and then finished the year with four wins from the last four races to finish his first full season of cars in a remarkable second place, ahead of more experienced team-mate Charles Pic and Stefano Coletti. He missed the first round of the French series and finished the year in sixth with two wins late on. 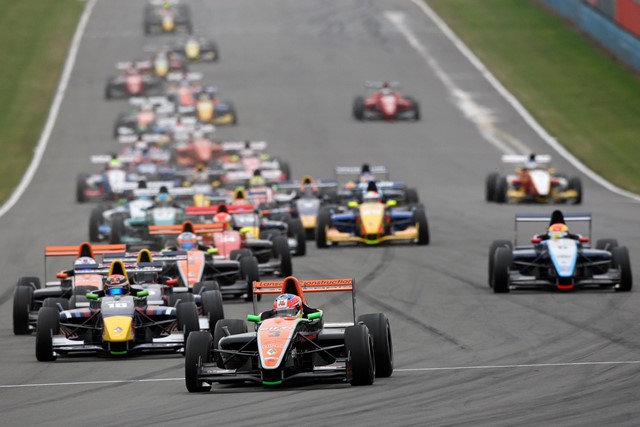 For 2008, Jon signed with top team ART Grand Prix for the F3 Euro Series. He finished third at Pau and took a reverse grid win at the Nurburgring, but results were otherwise thin on the ground and he finished 12th in the standings. The highlight of his season was finishing third in the Masters of F3 race at Zolder behind team-mates Bianchi and Nico Hulkenberg.

Jon signed to return to SG for the 2009 Euro Series season, but a dispute led to him being replaced before the first race. He found a seat in Formula Renault 3.5 with the Comtec team for the fourth round of the season, and went on to take his first pole position in his third weekend at Le Mans. He repeated that feat next time out at Portimao, and this time converted it into victory. Another podium at the final weekend at Motorland brought him up to 13th in the final standings.

He made the switch to Fortec for the 2010 FR3.5 season, but he failed to live up to the promise of his previous part-campaign, only managing to match his 13th place in the classification despite a full campaign this time around. He managed just one podium, at Hockenheim, and although he followed that with pole at Silverstone, he got a slow getaway and collided with Daniel Ricciardo, sending the Australian into a barrel roll. Jon was then forced to start race two from the pits as a penalty. 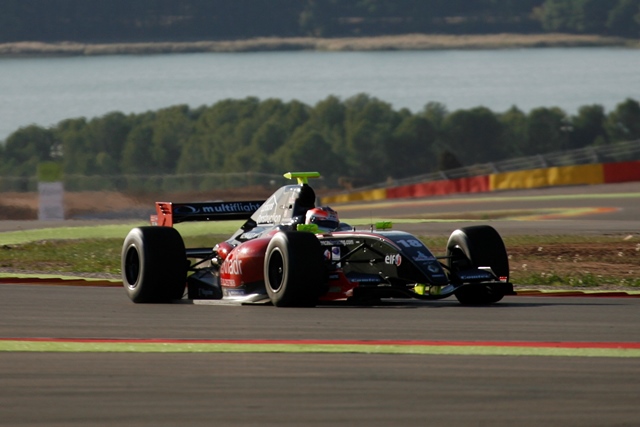 Jon won on his fourth weekend in FR3.5, but failed to do so in season that followed (Photo: Renault Sport/DPPI)

Budget constraints left Jon without a drive at the start of 2011, before appearing at the second round of the Formula Two season at Magny-Cours, where he took two top seven finishes. He then switched to Auto GP with Super Nova, scoring a race win at Donington in his second weekend. He then however injured his ankle whilst training for a triathlon, and wasn’t seen for the rest of the year.

Jon secured a GP2 seat with Ocean Racing Technology for 2012, but lost it again after just one weekend as he didn’t have the backing to secure a full-time deal. He didn’t race again until the MRF Challenge in India in the winter, where he finished fourth in the final standings.

He again travelled to Malaysia for the GP2 season opener, but missed out on a ride with Hilmer Motorsport, who had replaced Ocean in the series. That chance eventually came for round three at Barcelona. He grabbed the opportunity with both hands when, despite not having driven the car for over a year, he charged from 15th to third place in the feature race.

Monaco was a struggle after qualifying at the back, but at Silverstone he produced another charge forward in the feature race, this time from 17th on the grid to fifth. He then got a superb launch from fourth on the grid for the sprint race to fly into a lead he kept until the chequered flag. It was a similar story one week later at the Nurburgring, going from 16th to seventh in Saturday’s race and then leading from start to finish on Sunday. Despite only having done four of the six meetings so far, he lies sixth in the standings.

Talent rating: Jon showed in karting and his first year of single-seaters that he had considerable potential. The performances of fellow rookie and team-mate Bianchi made his year of F3 look worse than it really was, since he still did well compared to some of the more experienced drivers around him. His first year of FR3.5 also showed great promise, particularly as he came in part-way through the season with no testing. Unfortunately he failed to build upon that with results in the second year, and that cannot have helped the situation he found himself in for the following two seasons. Now with a well deserved chance in GP2, he’s proving himself with his race performances in what is a good field. Now he and the team just need to get qualifying sorted. 7/10

Chances of getting to F1: The lack of budget is a serious hurdle for Jon to overcome. He’s not confirmed to see out the season yet, and even if he does, then there’s the matter of securing something good for 2014. Then when it comes to getting that F1 break, there are few opportunities out there for drivers who can’t bring money. However, his current performances will be impressing his existing backers, and those results combined with the increased profile he’s enjoying will make it easier to secure new ones. 5/10 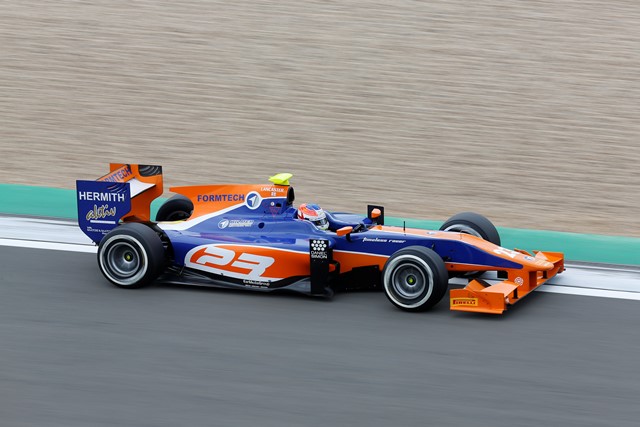