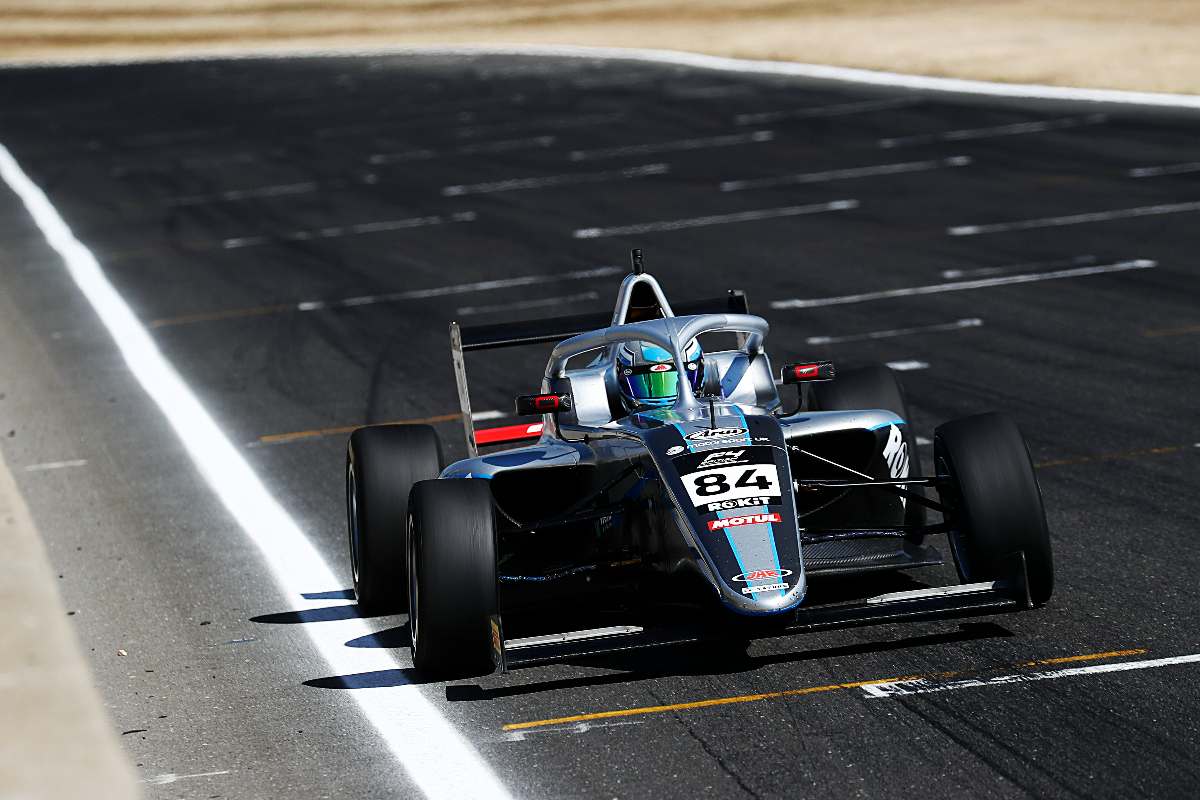 Joseph Loake took his second win of the 2022 British Formula 4 season ahead of Ugo Ugochukwu in the reversed grid race at Snetterton.

Loake started third and got the best start off the line. There was nowhere to go with front row starters Oliver Stewart and Louis Sharp both defending well ahead, but he managed to find a way through before the end of lap one.

From that point, he was unstoppable. Loake gradually edged out a gap of more than two seconds to Ugochukwu, who took second on the opening lap. Ugochukwu then had Daniel Guinchard and Sharp to deal with, allowing Loake to pull further away.

In the second half of the race, Ugochukwu managed to shake off his challengers. He set back-to-back fastest laps as he closed in on Loake, who tried to respond and managed to keep Ugochukwu at just over a second away.

Ugochukwu was the stronger of the two in the final laps, but would eventually finish 1.303 seconds back.

Guinchard held off Sharp to finish third, and Stewart dropped back to fifth, then came under attack from championship leader Alex Dunne late on. Dunne had climbed up from 10th on the grid, but couldn’t find a way past Stewart, who defended well to retain the position and take his second-best result of the season.

Ollie Gray, who followed Dunne on his climb up through the order, finished seventh ahead of Eduardo Coseteng and Aiden Neate.

An opening lap incident between Noah Lisle and Adam Fitzgerald took both drivers out of points contention. Fitzgerald was forced into the pits and used the rest of the race as a test session, while Lisle dropped to the back of the field before recovering to 13th.