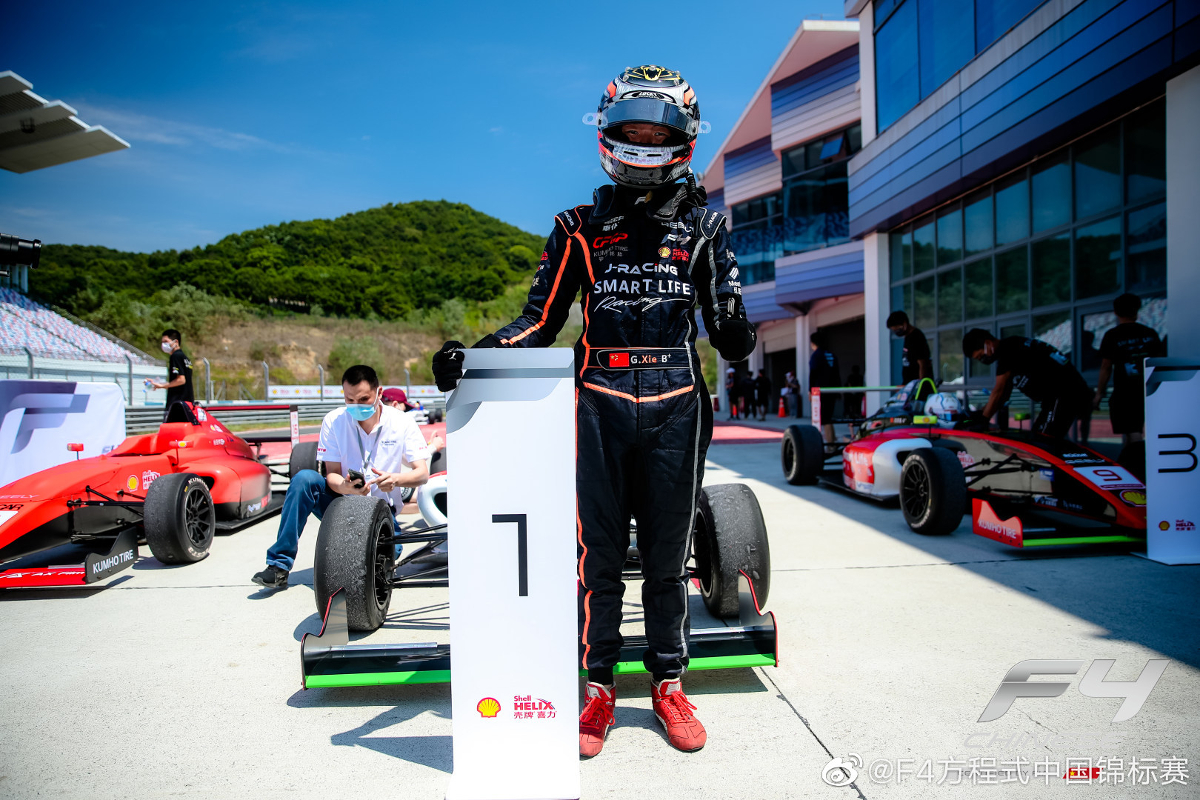 Three of the series’ four rounds were officially postponed last month, but just a few weeks later the season opener at Shanghai was cancelled and replaced by this weekend’s Ningbo event.

Xie, a 15-year-old karting graduate who won on his car racing debut in Fomula Renault Super Challenge (the name of Asian FR’s successor series) this June, obliterated the opposition in qualifying then did the same in Saturday’s two races.

He claimed pole by 1.597 seconds ahead of LEO Geeke’s Shenghui Xu, then over 17 laps proceeded to romp away to race one vcitory by 25.746s.

The gaps opened up early and left Xie’s team-mate Jingxi Lu in a lonely third, while the Red Bull-liveried Zedong Wu held off Hui Zheng for fourth place. On lap seven of 17, Wu ran wide exiting the Turn 17 hairpin and Zheng looked to be through on the inside. But Wu went deep into Turn 18 to keep fourth, soaking up more pressure until the final lap when Zheng went down his inside at the Turn 6 left-hander. Wu then ran wide through Turn 7 onto the dust, spinning twice and dropping 20s behind. He finished 76s back from Xie.

Henmax Motorsport’s Yaoming Huang took an early lead in the reversed grid second race, but Xie was already leading by the final sector of lap one. Xu and Lu moved up to second and third and started battling, with Lu moving ahead thanks to a diving lap two move.

By carring more speed through Turn 2, Xu reclaimed second on the next lap and spent the rest of the race keeping Lu in his mirrors.

Huang settled into fourth until lap four, as Wang Bingxin – in an ‘Escape the Grid’-branded LEO Geeke entry – got through. Wu was the next to pass him, as Zheng passed Wei Jiang behind for seventh.

Wu and Wang went on to have a close fight for fourth, 17s back from the fight for second which was 17s behind Xie.

Those gaps dissapeared after Jiang drove into the back of Huang, spinning his car into retirement and requiring the safety car to come out. Racing resumed with five laps remaining and Xie pulled away again by 13.576s.

Xu just held off Lu, Wu was distanced in fourth, then Bingxin was fifth.