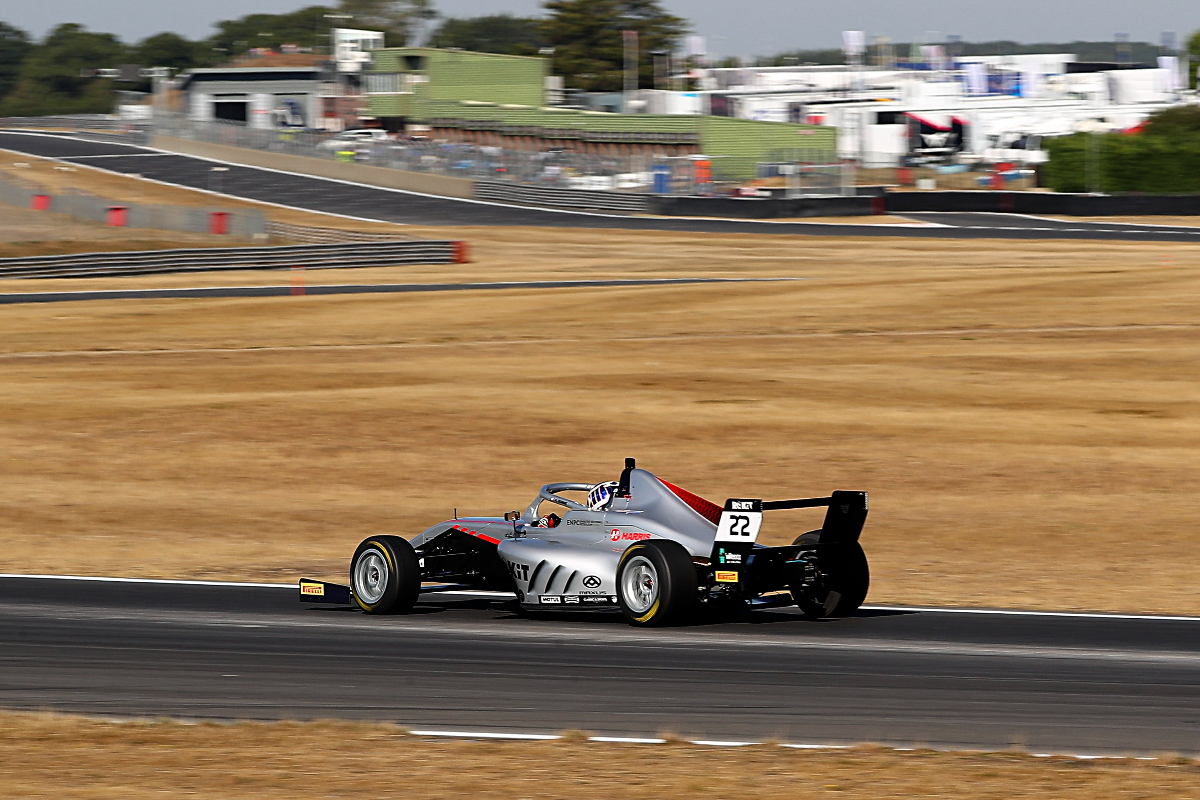 Alex Dunne takes a decisive victory in the opening British Formula 4 race of the weekend at Snetterton.

The championship leader briefly lost the lead on the opening lap, as Georgi Dimitrov got a stunning start from second on the grid. Dimitrov led for half a lap but by the time the field came through to end lap one Dunne was two car lengths ahead of the JHR Developments driver.

Dunne then broke away from the rest of the field and finished more than three seconds clear of the battle for second.

Oliver Gray was stuck behind Eduardo Coseteng on the opening laps, allowing Dimitrov to pull away. When Gray finally got through, he set about closing the two-second gap to Dimitrov. By the end of the race they were nose-to-tail, but Dimitrov managed to hold off Gray to finish second, equalling his best non-reversed grid race result of the season.

Coseteng finished a lonely fourth ahead of Joseph Loake, who spent the first part of the race close behind the battle for fifth between Daniel Guinchard and Ugo Ugochuckwu.

McLaren junior Ugochukwu attempted a move aorund the outside of Mercedes-AMG Formula 1 junior Guinchard but made a mistake. He dropped to the back of the order while Loake came through to take fifth. Loake was catching Coseteng in the closing stages but ran out of time before he could challenge for fourth.

Guinchard managed to hold on to sixth ahead of Louis Sharp and Oliver Stewart. Edward Pearson took ninth while Adam Fitzgerald held off Noah Lisle to finish 10th overall and third in the rookie classification.