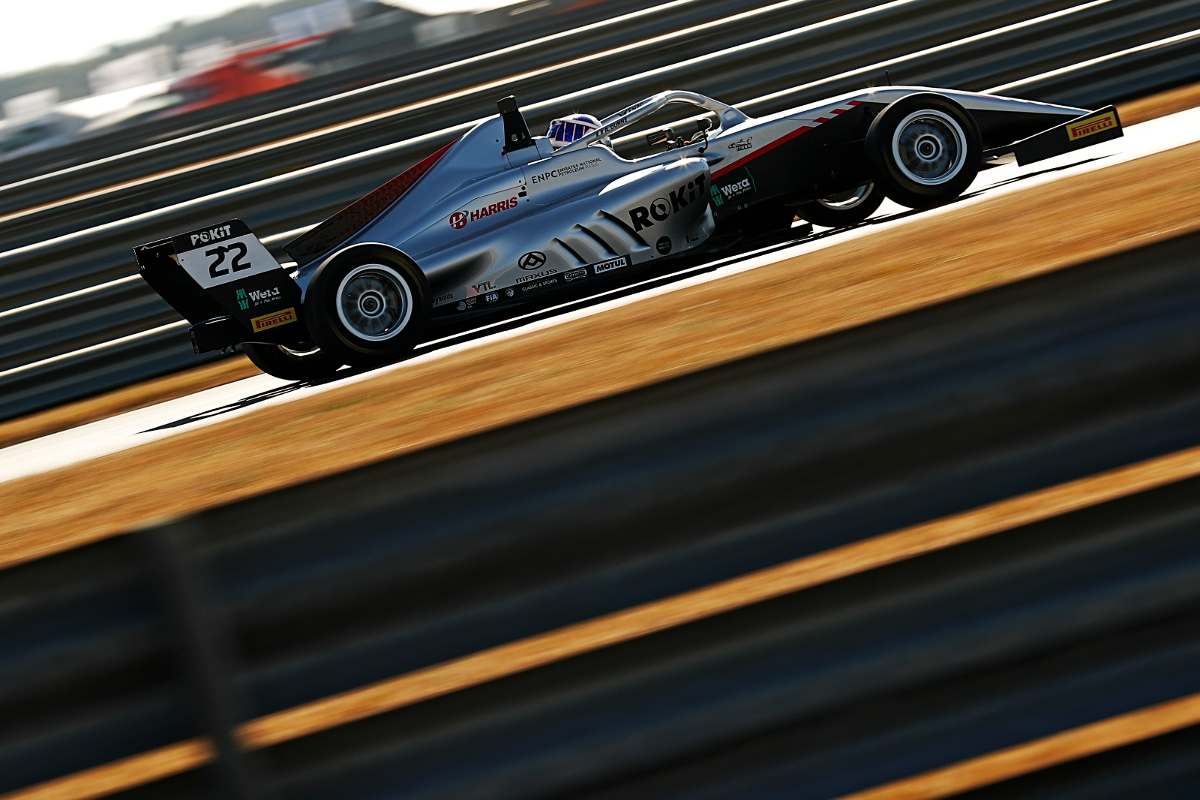 Alex Dunne has bounced back from a difficult weekend at Knockhill to take the British Formula 4 pole positions available at Snetterton.

The championship leader topped the times in the opening laps of the Saturday morning session then consistently lowered the benchmark to beat. His fastest lap came as he took the chequered flag, putting in a 1m48.324s lap.

Having already been on provisional pole, that final lap meant his preceding best effort earned him pole for race three of the weekend where the grid is set off each driver’s second-fastest laptime.

JHR Developments’ Georgi Dimitrov was second quickest, jumping up from 14th to third late on and then improving again to rise into second place. He spent the closing stages of qualifying swapping the second spot on the front row with Argenti Motorsport’s Aiden Neate and JHR team-mae Joseph Loake but ultimately came out on top with a lap 0.347 seconds slower than Dunne’s final-minute flyer.

A late improvement from Hitech GP’s Eduardo Coseteng put him in third, ahead of Carlin’s Ollie Gray and Neate.

Argenti’s Daniel Guinchard was another late improver. He slotted into sixth overall and was the quickest rookie, narrowly ahead of Carlin driver and fellow Formula 1 junior Ugo Ugochukwu who was just 0.003s slower.

Gray’s second-best lap puts him second on the grid for race three, with Dunne on pole by 0.450s, then Dimitrov was 0.614s off Dunne to qaulify third for that race. Coseteng will line up alongside him in fourth, while Carlin’s Louis Sharp and Hitech’s Oliver Stewart will fill the third row of the grid despite only being ninth and 10th fastest in qualifying.

Chris Dittmann Racing’s all-new driver line-up of Jack Sherwood and Divy Nandan will be starting from 14th and 17th respectively for both races one and three. Sherwood was 1.845s off the pace, while Nandan’s was 4.582s back in his first taste of F4 and he set the least laps.