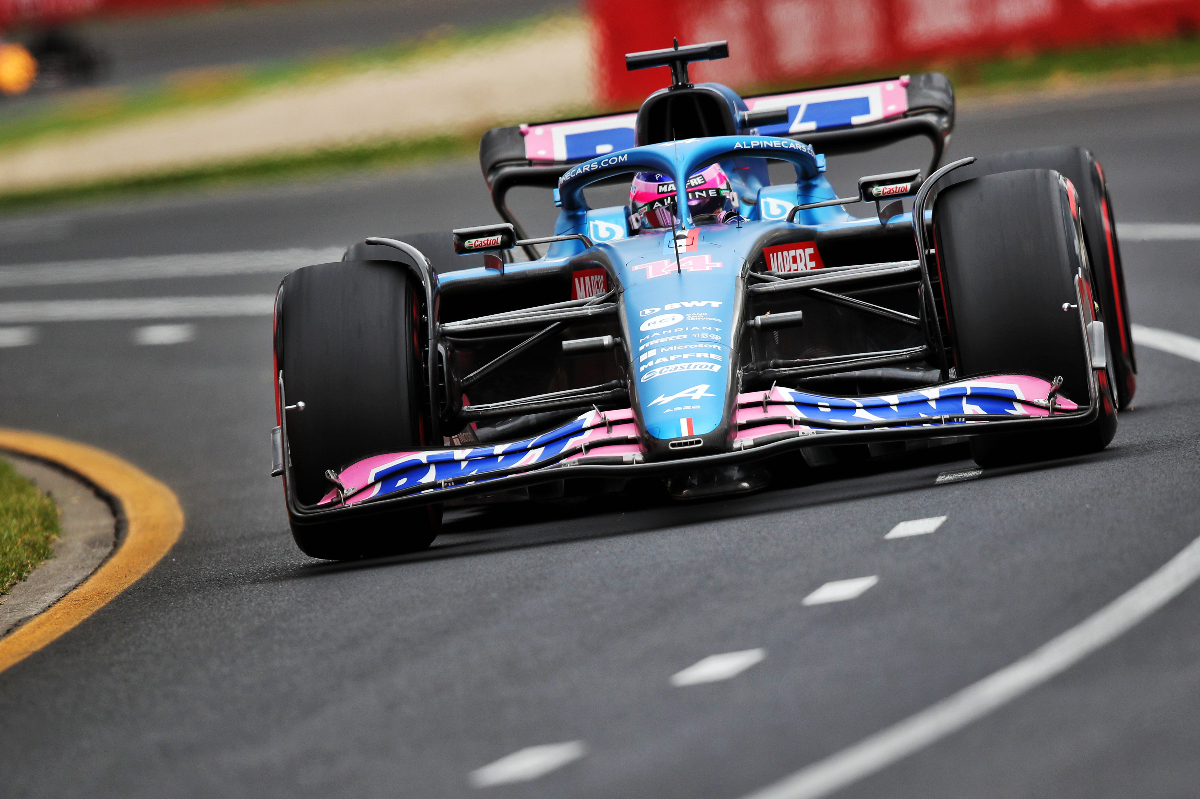 Alpine looks like it’s about to lose its F2 title-winning young driver Oscar Piastri just as it was about to promote him into a F1 seat. In the case that he does depart, which other young drivers should it consider?

It’s not clear if Oscar Piastri will be racing in Formula 1 next year, nor if it will be with Alpine or another team – most likely to be McLaren – and provisionally there is a vacancy in Alpine’s 2023 line-up.

Following Fernando Alonso’s departure, the manufacturer clearly considered it was the time to give a young driver a chance and so decided to promote its reserve driver. But Piastri and his management had already made their move elsewhere, having previously bided their time and seen a proposed move to Williams not happen (twice), and he has rejected a seat.

Given a driver of Piastri’s calibre but F1 inexperience was set to be signed by a team that is at the front of the midfield in the constructors’ standings, which other young drivers would potentially fit the bill for Alpine to sign? We considered the matter and came up with five candidates:

Christian Lundgaard is no longer tied to Alpine, but his career record could well make him emerge as a candidate for the team’s vacant seat.

The Dane joined the Renault Sport Academy in 2017, the year of his car racing debut, and remained a member of it until he became a professional racing driver in 2022. In that period, he claimed the 2017 North European Zone and Spanish Formula 4 championships, came second —best rookie— in the 2018 Formula Renault Eurocup and claimed pole positions, podiums and wins in both FIA Formula 3 and Formula 2.

He rocketed to the top of the F1 feeder ladder and it was only there did he spend more than one year. Competing for ART Grand Prix in FIA F3 and F2 when it wasn’t dominating the series might have impacted the size of Lundgaard’s trophy cabinet, but still gave him the chance to showcase his talent.

Lundgaard also proved to be a quick adapter in his IndyCar debut in 2021. He qualified fourth and finished 12th on Indianapolis Motor Speedway’s road course, having just one test day of previous experience in the car. He stayed with Rahal Letterman Lanigan Racing in IndyCar for this year, and is pursuing 2023 deal. But until that is signed he is a future free agent.

He is no stranger to the Alpine F1 Team procedures either, having completed extensive simulator work and a number of private F1 test days, where he impressed, with the Enstone-based team between 2019 and ’21. The only issue is Lundgaard doesn’t hold an F1 superlicense as he himself stated last week, but Alpine could always seek for an exemption based on his vast experience and excellent track record.

The name of Callum Ilott quickly comes to mind when one thinks of drivers who deserved a chance in F1 but missed out on it in recent years. It is true that Ilott never won any of the championships he competed in during his junior single-seater career. However, he has always shown great speed wherever he took the track.

Having had a successful karting career, Ilott was thrown into the 2015 FIA European F3 Championship in an attempt by Red Bull Racing’s advisor Dr. Helmut Marko to emulate what Max Verstappen had done the year before. With only 16 races of car racing under his belt, Ilott went up against what has arguably been the most talented grid in junior single-seaters’ recent history. Results weren’t as good as expected, but skills were definitely there.

Since then, poles, podiums and victories have been a constant in Ilott’s career. After not landing a F1 seat in 2021, he was forced into GT racing and was fast straightaway, and from there to IndyCar, where he currently shines with single-car outfit Juncos Hollinger Racing who has already extended his contract into 2023.

His capacity for switching teams and being fast in no time, and his experience working with the Ferrari and Alfa Romeo F1 teams definitely make Ilott a desirable option for Alpine despite his ongoing Ferrari and Juncos ties.

Having junior single-seaters’ most eminent Frenchman make it to F1 with a French team makes a lot of sense, and it would be a big surprise if Pourchaire hasn’t already contacted Alpine since Piastri’s rejection.

He’s convinced he won’t be in F2 again next year, but his confidence in that statement is contrasted by his lack of confidence right now in landing a seat at Alfa Romeo Racing for 2023 despite essentially being lined up for that over the past two years. A bit like Piastri at Alpine.

If Pourchaire has an idea that he could be heading elsewhere, then Alpine would logically be the place to go and being able to rebuild his belief that he’s off to F1 may boost or hold back his F2 performances as has previously been seen.

But why should Alpine sign Pourchaire beyond a shared nationality? For one, he’s the prodigal talent that Esteban Ocon was supposed to be before he turned into a solid and dependable midfield F1 performer, and also he’s so young and full of room for improvement that a rookie season of hard knocks would not be of much concern as long as he can maintain confidence.

Pourchaire is already used to, although maybe still can’t quite handle, the pressure of having a lot of attention on him and for Alpine’s commercially-driven superiors he would be a strong promoter of the brand as he’s already established a sizeable media presence at home and been invited on to various television shows including Top Gear. Combining top F2 results with good looks and a genuine interest in road cars makes Pourchaire a winning choice for Alpine’s F1 team and its car sales.

Last year, former Formula Scout writer Craig Woollard wrote a piece on Pourchaire after speaking to him about his stunning F2 pole position at the Monaco Grand Prix. The title was ‘Is a schoolkid destined to replace a F1 world champion in 2022?’. It may not be as originally envisaged, with the ‘destiny’ of Vasseur’s protege now looking quite ‘undestined’, but it could hold true for 2023 if two-time champion Alonso finds himself being replaced by Pourchaire.

Fenestraz is set to join the wider Renault family imminently when he is announced as a Nissan driver in Formula E, and that is part of the same automotive group as Renault and Alpine so a buyout from that contract would be easier than when Red Bull did the same with Alex Albon a few years ago.

The Franco-Argentinian has really established himself well with Toyota in Japan, winning in Super Formula and Super GT, and he’s also already got lengthy roots in the FE paddock having been part of Jaguar for three seasons.

He’s also already known to Enstone, having spent a season as one of its juniors after winning the 2017 FR Eurocup. That he then got dropped after a single season in FIA European F3 was down to bad results, but it was clear had Renault held faith a little longer it would have been rewarded by a driver capable of far more.

For 2019 he switched to Japan in SF Lights and a convincing title win there helped him into SF, while an impressive job with Kondo Racing in Super GT300 convinced Toyota’s top team TOM’S to hand him a GT500 berth too for 2020. He’s been doing a great job with Kondo in SF and TOM’S in Super GT ever since, and actually leads the latter championship right now.

Pandemic travel issues shortened his 2021 campaigns and there’s still some difficulties in competing in Japan which have contributed in part to his decision to move to FE. With that willingness to commit to a global schedule again, it makes Fenestraz well prepared to step into F1 too. Being able to race under a French flag would also be a good look for Alpine.

If Alpine’s attempts to promote a driver from its own academy to a race seat are thwarted by Piastri and his people’s will to go somewhere else, could it reasonably turn to another of its existing juniors in order to prove a point? And another Australian, at that?

After years of Red Bull patronage, Doohan entered Alpine’s arms over the winter in the belief it offered him better opportunities to develop than Marko’s overcrowded pool of potential talent. That decision has already been vindicated to a degree when he joined Piastri for tests in Alpine’s 2021 car earlier this year, and now he could already find himself at the front of its queue of young talent.

On track, Doohan has not always looked like a potential superstar in his own right, but he has been building strong momentum, putting a tough rookie FIA F3 behind him with an impressive run to second place last year, and then adapting immediately to F2. His second place to Piastri in qualifying in Abu Dhabi last year was followed by pole positions in Bahrain and Barcelona in the early rounds of this season. Turning that form into results has been more difficult, with his two wins having come in reversed-grid sprint races.

But with four rounds to go, the potential is there to start putting it together more consistently. Ninth in the standings is certainly not F1-ready form, but there’s only 12 points separating him from fourth.

The question is, even if Doohan drives right himself into contention in the three weeks immediately following the summer break and gives Alpine a plausible option from within its own ranks, would a promotion be the right thing for his development, and by extension the academy’s objectives? Taking a gamble on an inexperienced driver on the basis of a few good weekends would be a very Red Bull thing to do, given Doohan currently looks like someone who could benefit from another year at this level to refine some of his weaknesses.

Perhaps, in that case, the best thing Alpine could do is give a chance to the F2 driver who has been performing most consistently and assuredly of all in 2022: Felipe Drugovich.