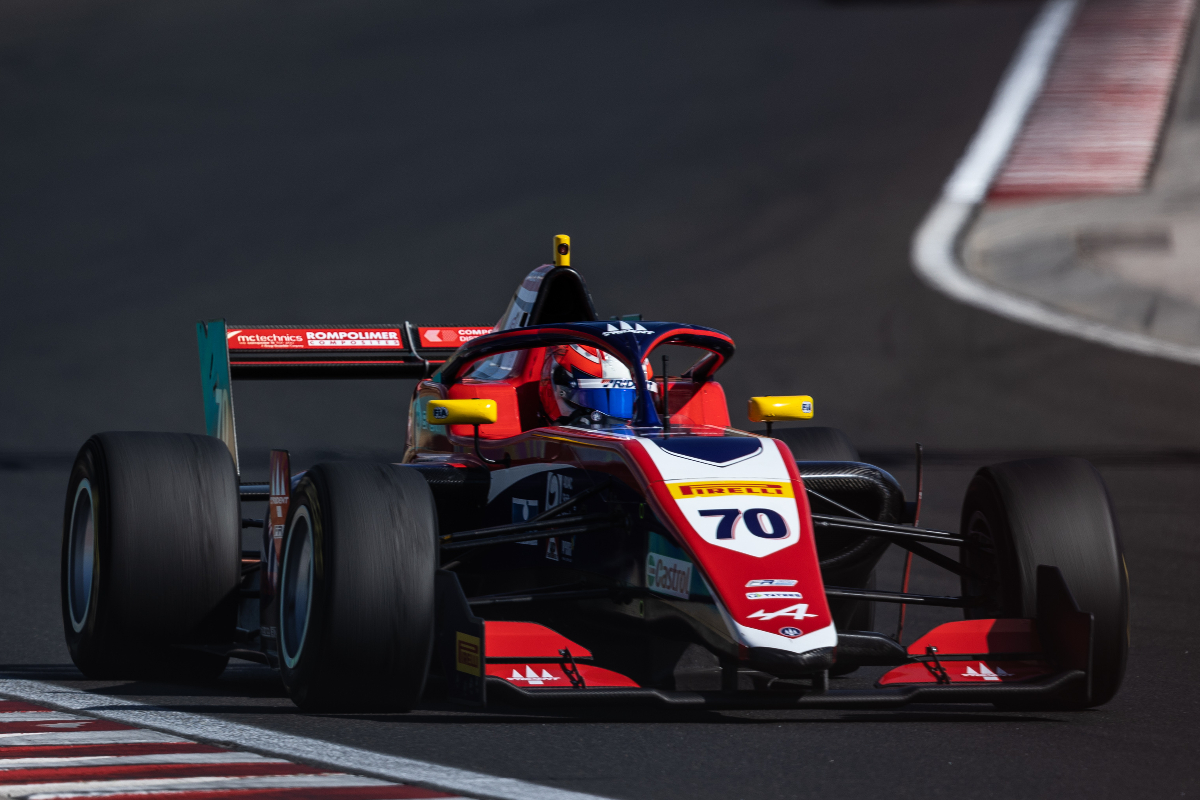 Tim Tramnitz had been flying in Formula Regional Europe testing last winter when a freak accident in a Formula 4 car left him hospitalised for 12 days with a broken vertebra.

Now the German is back to full race fitness, and believes he is “getting better and more confident every time” on track.

Ahead of visiting tracks where he has shone in F4, Tramnitz says he is “really looking forward to the last races of the year” in FREC and to finishing 2022 on a high.

Immediately at home with category newcomer Trident, his early season showed flashes of pace and included an Imola front row, but results were blighted by various mechanical issues.

“We made up a couple of points this weekend,” he told Formula Scout after Spa. “I really want this rookie title and also it would be very important for me.”

Tramnitz is “feeling fit again” after his pre-season surgery, which left him with “seven screws and two quite long metal pins in my back”.

“When I drive, I don’t feel anything anymore but sometimes when I’m training, I feel it a little bit,” he explained. “I did driver coaching in Estoril and I had a brake failure. It was quite bad. I was lucky.”

“At the beginning we were unsure if it affects me or not but luckily it doesn’t.

“I have another surgery in November or December. After everything’s done, then I will be fully recovered.”

The underlying pace has been evident since the start of Tramnitz’s rookie FREC season, particularly over a single lap, but “we’re still just missing this little bit of pace in the race”.

“I think overall we can be quite happy about our performance. We were also really unlucky this year. We had quite a lot of trouble with technical issues.”

“We had quite a lot of gearbox failures, not only in the races but also in free practice. For example, I missed out on the Monaco practice nearly completely. I was driving around all the time with no first and second gear and we had really a lot of trouble.”

Zandvoort was particularly trying – a strong race one was ended when a suspension bracket failed, and he was then punted out of race two. An electronic problem next time out at the Hungaroring left him frustratedly hoping for “a reliable car for the next race”,

His target remains “to win the rookie title, which is not easy because especially when I DNF’d my rivals were always able to collect important points.”

The next races are at the Red Bull Ring, where Tramnitz won twice in Italian F4 last year.

And looking beyond that, it is the FIA Formula 3 performances of his 2021 F4 rival Ollie Bearman that “give me confidence”.

“If I perform this year very well, maybe there are opportunities [for F3],” he says. “Of course you think about this, but budget-wise it is an extremely big step, which we can’t afford just from ourselves.”