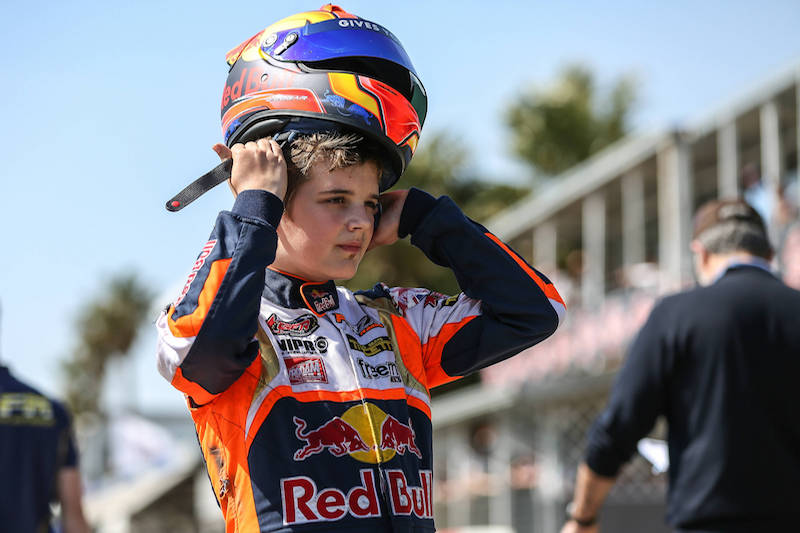 Briton Edgar, who turns 15 in February, was signed by Red Bull in 2017 after winning the CIK-FIA European Championship in the OK Junior class.

This year he stepped up to the senior OK category and came third in the WSK Super Master Series, and finished fifth on the road in the CIK-FIA World Championship before receiving a penalty.

He also won the Senior X30 title at the SKUSA SummerNationals in Indiana.

He has been testing an F4 car with Jenzer over recent weeks and will contest a full season in the Italian championship next year as well as selected rounds of the German ADAC series.

?I’m now training hard and looking forward to a new chapter and to the challenges that 2019 will bring,” he said.

Thompson only turned 14 in August, restricting his options for next season, but finished second in this year’s European championship and won the German title.