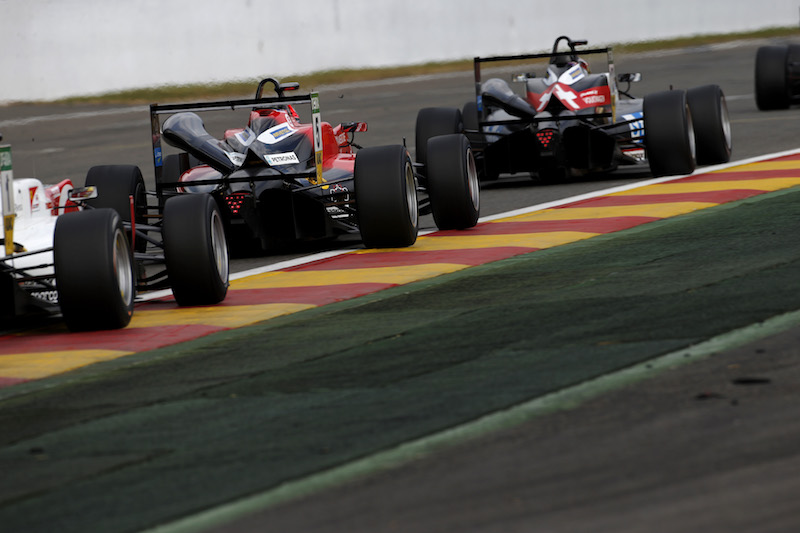 Formula European Masters has provisionally received entries for 16 cars from six teams to compete in the rebranded series next year.

European F3 veteran teams Motopark and Van Amersfoort will continue to race in the now DTM-supporting series, which will continue to use the 2012-generation Dallara F3 cars for one more year.

They will be joined by four returning outfits, with Mucke Motorsport the most successful of the quartet – it won 20 races during its previous Euro F3 stint from 2012-16.

Fortec did six rounds of the championship this year, running Petru Florescu in a one-car team. He failed to score a point but is set to return to the series in 2019, after a successful winter testing programme with VAR.

Fortec has been testing with British F3 race winner Cameron Das (who shares a manager with Florescu) ahead of an expected full-time partnership next year.

Jo Zeller Racing, founded by multiple Swiss Formula 3 champion Jo Zeller, will return to the series it exited at the end of 2014. Jo’s son Sandro, who drove for the team in Euro F3 alongside Tatiana Calderon in 2014, has dominated the last three Austrian Formula 3 championships with his dad’s team.

Sophia Floersch is one of two officially confirmed drivers so far. She will race with VAR once she recovers from her horrifying Macau shunt, while Honda junior?Yuki Tsunoda will dovetail a European Masters campaign with Motopark alongside an FIA F3 season with Jenzer Motorsport.