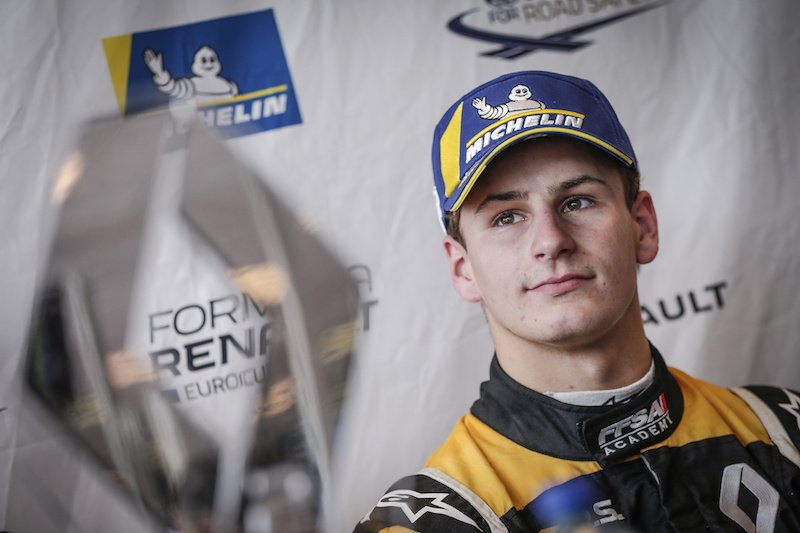 Victor Martins will remain in the Formula Renault Eurocup for a second season in 2019, switching to the MP Motorsport team.

The 17-year-old Frenchman finished fifth in the 2018 standings while driving for R-ace GP, taking mid-season victories at the Red Bull Ring and Spa-Francorchamps.

?It?s great to know so soon what I will be doing next year,? said Martins.

?It allows me to prepare myself well for an important second year in the Eurocup, which will switch to new cars for 2019. That means it will be a level playing field for everyone.

“Being secure about my plans will help me get a head-start on the competition, as I will be working with MP throughout the entire winter. I fully expect that, as a team, we can be front-runners again.?

“He was an exceptional rookie, often challenging and, at times, beating the more experienced drivers in the series.

“I?m convinced with Victor we can again aim for wins and, ultimately, the title as we did in 2018.”