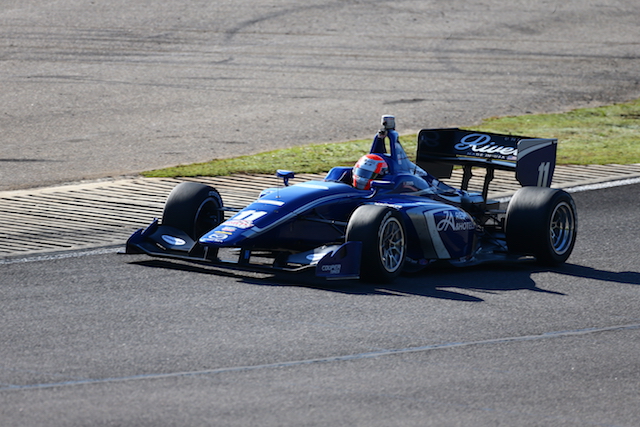 Second-year Carlin driver Jones beat De Melo to top spot by?0.173 seconds. De Melo, who drove for Carlin in Britain’s F3 Cup last year, edged out Dean Stoneman for a place on the front row by less than a hundredth of a second.

Three tenths off pole in fourth was RC?Enerson, who had?Shelby Blackstock?and Santiago Urrutia both within 0.02s.