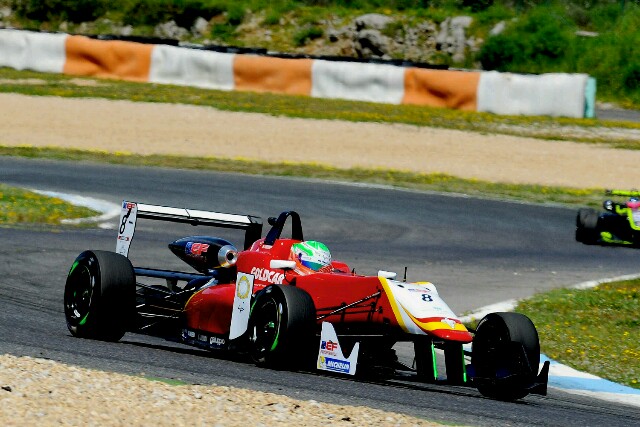 Leonardo Pulcini won the first race of the Euroformula Open season from pole position at Estoril.

Driving for Campos Racing, Pulcini led every lap and set the fastest lap on his way to a 3.6-second victory over Ferdinand Habsburg.

Habsburg made a fast start from fourth to get take second ahead of Jack Aitken and Colton Herta, who then collided later on the opening lap. Aitken was sent spinning in front of the pack as Herta speared off into the barriers.

Pulcini’s team-mate Diego Menchaca steered past that to complete the podium, keeping Damiano Fioravanti at bay.

Tanart Sathienthirakul was fifth after joining RP Motorsport, whose ex-driver Igor Walilko charged from 13th to sixth for Fortec, which has entered the series after a tie-up with West-Tec.

Seventh was Kantadhee Kusiri ahead of Julio Moreno, while Keyvan Andres was the lead Carlin finisher on the team’s debut after Herta’s crash. He was ninth ahead of Daniele Cazzaniga.

Tatiana Calderon and Antoni Ptak were eliminated after another first-lap clash on the run to Turn 1 which sent Calderon into the barriers.